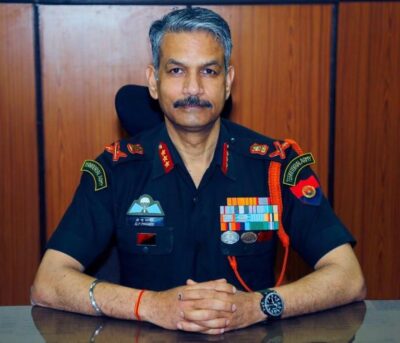 Srinagar , Sept 22 ( KINS): The Indian Army on Wednesday said that peace has returned in the villages along the Line of Control ever since the ceasefire pact was established between India and Pakistan in February this year.

“Gurez is absolutely peaceful. With ceasefire pact, the people of the border villages have got long required peace. They are able to carry routine activities without any fear or constraints. Life has become normal here,” Lt General DP Pandey, Commander of the Chinar Corps, said in Bandipora.

Pandey, however, said that there have been some incidents of infiltration attempts, but those were not “adequately supported” by ceasefire violations unlike previous years.

While there has been no case of provocation from Pakistan, the Indian Army is alert and prepared to respond appropriately in case of any escalation, he said.

“We are totally prepared for ceasefire violations, if anything happens, we are all set to respond appropriately. But, frankly, there has been no instigation from across the border,” the General Officer Commanding (GoC) of the Srinagar-based 15 Corps said.

The senior Army officer reiterated that there have hardly been any successful infiltration attempts by militants from across the LoC this year.

“There have been some attempts. Unlike previous years, these have not been adequately supported (by ceasefire violations). There have hardly been any successful attempts, only about two attempts have succeeded. One was neutralised in Bandipora and we are looking for the second one,” he said. (KINS)

‘Attempt to divide communities’: Omar Abdullah reacts to attacks on civilians in J&K

3-4 families that ruled Kashmir for 70 years nurtured problems there: Modi