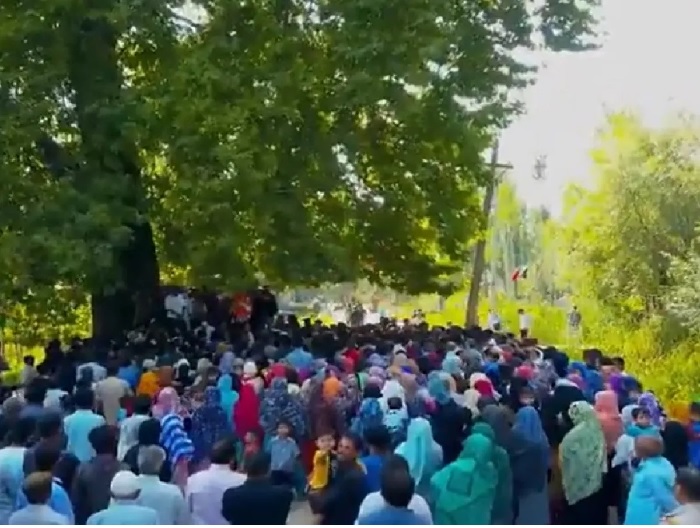 Srinagar, Sept 22( KINS): In what could be described as one of the most significant highlights of show of solidarity since the abrogation of Article 370 and Article 35A in Jammu and Kashmir, hordes of people came out to participate in a roadshow organised by the Srinagar administration on Tuesday.

“Perhaps the biggest public meeting and roadshow held in Srinagar in recent times. Overwhelmed and truly humbled by the outpour of love and affection. Thank You!  #Hazratbal,” he said while sharing the video of the turnout. Jammu and Kashmir was stripped of its special status on 5 August 2019, bifurcating the state into two Union Territories – J&K, and Leh-Ladakh.

The primary motive behind this move done by the Bharatiya Janata Party-led central government was to curb militancy and separatist movements in the Valley which has for the past 75 years been collateral damage of a bitter territorial battle perpetrated by Pakistan and Islamabad-based terror sympathisers operating from Kashmir.