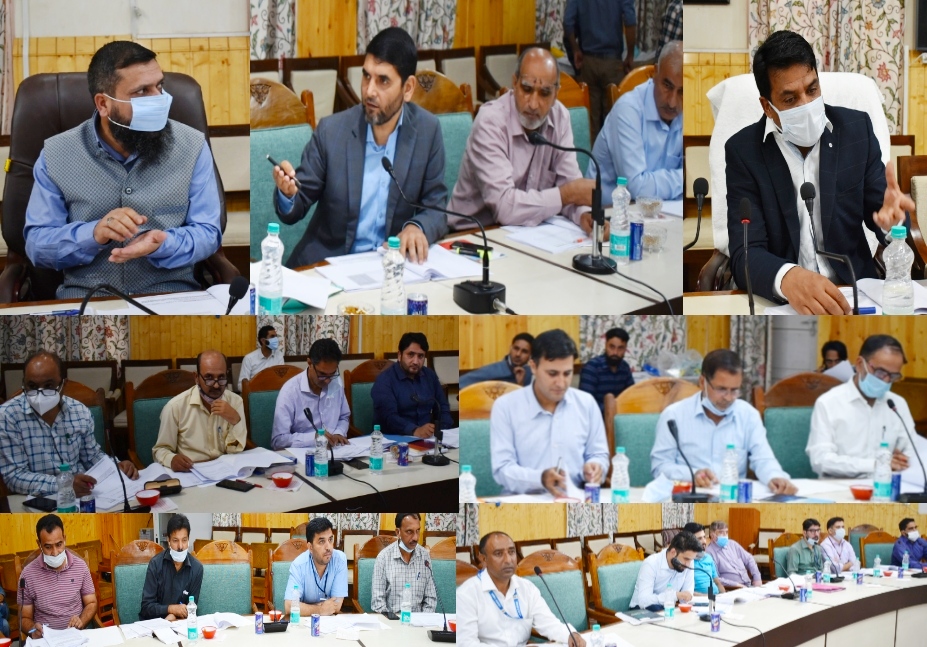 On the occasion, the Chairman DDC urged upon the bankers to facilitate the poor and unemployed youth of the district to get timely advances under various government sponsored schemes.

Speaking at the occasion, the Deputy Commissioner asked the concerned officers for mass awareness of different welfare schemes among the unemployed youth and poor sections of the district. He stressed upon both officers of line departments and banks to play their vital role in employment generation by reaching out the benefits of Government schemes to the beneficiaries.

The Deputy Commissioner further directed the banks and the sponsoring agencies to work with coordination and cohesion to achieve the goals and targets of development and progress.

He said that the achievements under priority sector advances were to the tune of Rs. 145.41 Crores against the target of Rs.1376.63 for Ist quarter 2021-22 which constitutes 11 percent while as under the non-priority sector, the achievements are to the tune of Rs. 122.02 Crore against target of Rs. 205 Crore which constitutes 59 percent.

The LDM also informed that Rs 527.01 crore has been disbursed by the banks amongst 29569 beneficiaries under PM Mudra Yojana Scheme with J&K Bank being the main contributor with 85 percent credit disbursement.

It was also informed in the meeting that the District has already sanctioned 1027 cases under various government sponsored schemes and disbursed 18.62 Crore. Under the new KCC scheme for Animal Husbandry, Sheep & Fisheries, the banks have sanctioned 11115 cases & have disbursed Rs 59.16 Crore to the beneficiaries.

Officers of line departments and representatives from various banks of the district attended the meeting.( KINS)

Authorities realise fine of Rs. 85k from FBOs at Kulgam

Two Clerics Among Five Detained In J&K Under Preventive Laws

22 persons including 15 militants killed in January this year