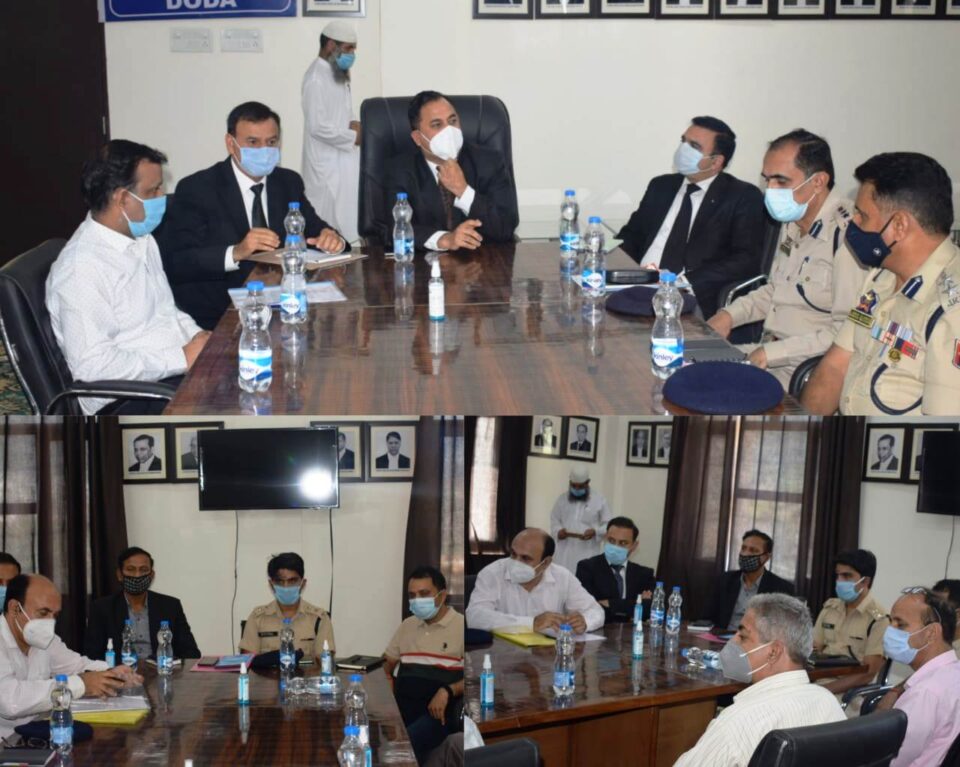 DODA, SEP 24 ( KINS): Co-ordination Committee of Judicial, civil and Police authorities today reviewed dispensation of Justice to the litigants and redress of difficulties faced by the Judicial Institution and other stakeholders here at its meeting chaired by Principal, District & Sessions Judge, Bhaderwah, Virender Singh Bhou(Chairman of Committee).

Agendas pertaining to ways & means for effective, efficient and timely rendering of justice to the litigants, infrastructural and other difficulties faced by Judicial Institution and other stakeholders of District Doda were  discussed threadbare and methodology/action to be taken within specified time limit were also considered in the meeting.

The meeting resolved that the modalities to address the difficulties faced by the stakeholders shall be worked out and implemented in stipulated time frame.( KINS)

J&K to have Dairy Cooperative scheme

Make sure availability of essentials throughout season: DC to officers