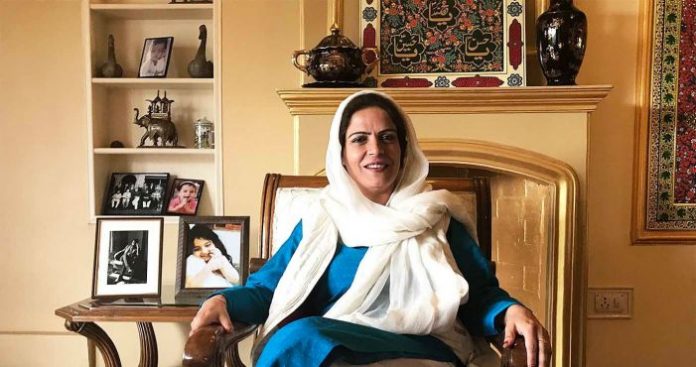 Baig is also the chairperson of Baramulla”s District Development Council.

Party spokesperson Adnan Ashraf Mir, in a statement, said, “Baig has been accorded the responsibility of helming the JKPC”s women”s wing and the party is confident that she will play a pivotal role in maximizing participation of women in politics and work for their overall empowerment by involving them in the decision making process.”

“Welcome @SafinaMBaig to the new role. I am sure you will contribute in this new space. My best wishes,” he wrote on Twitter.

Abdul Gani Vakil, a senior leader of the party, said Baig can encourage women participation at all levels.

“There is a dire need for ensuring greater participation of women in the political set up of Jammu and Kashmir. It is imperative for women to have their voices heard and become partners in the decision-making process,” Vakil said.

JKPC general secretary Imran Reza Ansari said Baig”s appointment will encourage active and meaningful participation of women to address the challenges that have an impact on them and their future.

Baig expressed gratitude to the party chief and said she will try to fulfil his vision for the empowerment of women in Jammu and Kashmir.

“I thank the party president Mr @sajadlone for putting his trust in me and I will try to fulfil his vision for empowerment of women in J&K,” she tweeted. ( KINS)

J-K is coronavirus free, there is nothing to panic, says official

Meet Sheikh Zameer, who expresses sufferings of Kashmiris through paintings