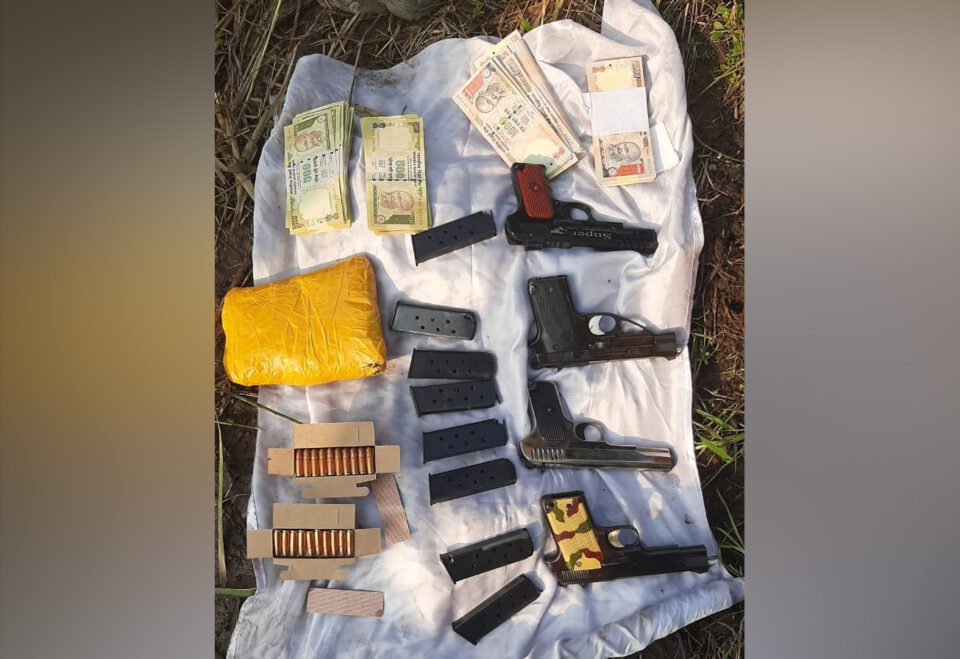 BSF spokesman said that a big success was achieved this morning when they recovered a huge cache of Arms, Ammunition, Narcotics and fake Indian currency notes from International border in Akhnoor Area.

“Acting on a specific input, a search operation was conducted near International Border in Akhnoor Area,” he said.

During search, the spokesman said that a bag was found hidden in thick sarkanda grass.

On opening it was found containing, four pistols, eight magazines, 190 rounds of 7.63 x 25 MM and one packet containing narcotics (likely Heroin) weighing about one-kg with fake currency worth Rs.2,75,000/-.

“This consignment was likely to be delivered to the anti national elements of the area, but BSF foiled their nefarious attempts by seizing it,” he said.( KINS)

JKEWF calls for complete lock down strike on Feb 22

Secretariat Employees Miffed At Govt’s Cold Shoulder To Their Demands