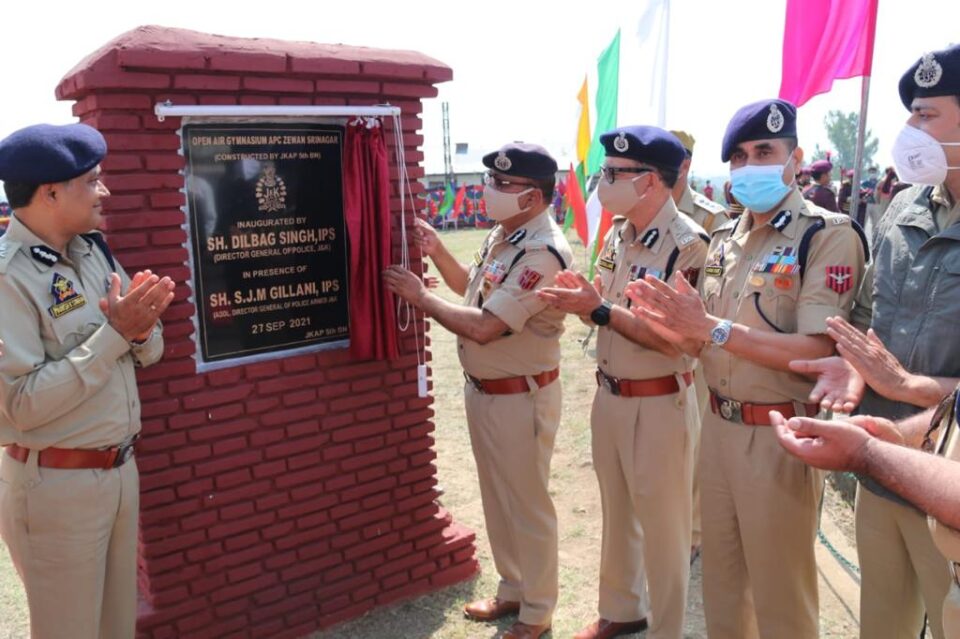 While interacting with the officers, the DGP said that installing Open Air Gymnasia at different places for the welfare of our officers & Jawans, police families residing in Police Housing Colonies and residents of the respective adjacent areas is an initiative taken by the Police Headquarters under its Civic Action Programme. He said that under this initiative of J&K Police, green gyms have already been opened at many different locations in the UT. He said that another open air gym would be opened in Srinagar very soon.

The DGP inspected all the equipment installed in the gym and interacted with the children. He advised all the Police personnel and residents of the complex to take full advantage of the equipment which has been installed. He also inspected martyrs memorial and parade ground, and gave on spot directions for beautifying and renovation keeping in with aesthetics of the place. He expressed his satisfaction over the black topping of the parade ground. He impressed upon the officers to take necessary measures with regard to renovation and repairing of the martyrs’ memorial in view of the Police Commemoration Day.

The DGP later interacted with the officers at GOs mess there and reviewed the works of renovation and maintenance works of the Armed Police Complex. He directed for early completion of the facilities under construction. He gave directions in a number of issues raised during the interaction.

The ADGP Armed thanked the DGP and PHQ for providing the necessary funds for installing the gym facility at Police Housing Colony.