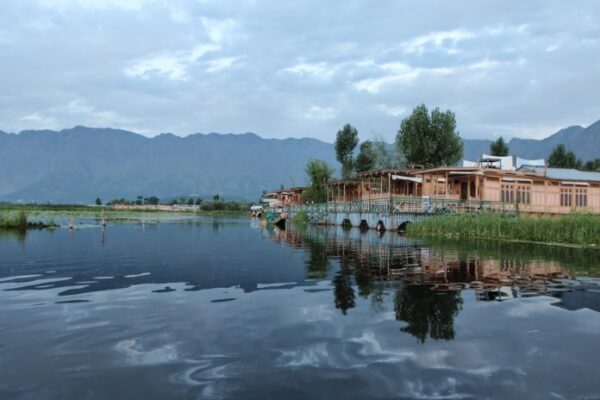 Srinagar Sep 27 (KINS): With encroachments deteriorating and depleting the valley’s water bodies, the government is mulling to rope in local population for preservation of the water bodies in Kashmir.

An official of the Irrigation and Flood Control department, said that the government has decided to conserve rivers and other water bodies in a scientifically and planned manner. “The government is considering how to seek help from the local population for preservation of water bodies. It has been decided to evoke the sentiments of local populace to stop encroachments and deteriorating of water bodies,” the official told news agency Kashmir Indepth News Service (KINS).

The official said that encroachments and restoration of water bodies was not “possible” without the community participation.

“The government has also decided to involve the people in important water related decisions,” he added.

A government document says that urban settlements, encroachments and any developmental activities in the protected upstream areas of reservoirs/water bodies need to be strictly regulated.

“Sources of water and water bodies would not be allowed to get polluted. System of third party periodic inspections would be evolved and stringent punitive actions taken under existing laws against the persons responsible for causing pollution,” i reads.

It has also stressed on preparation of the master plan for the flood-prone areas, and called for various measures to protect the valley from floods in future.

The official said “without” the support of the local population it was not possible to stop encroachments.

“Many people have been creating hindrances in the anti-encroachment drive. Had local people supported the government, the authorities would not have allowed them to raise constructions on water bodies and pollute them,” the official said.

However, he said no new constructions are being allowed on the banks of water bodies.

He said that water bodies have lost their carrying capacity over the years.

“Several surveys have found gross human interference, deforestation, encroachments, choking of waterways and reduction in capacity of wet lands due to heavy siltation posing an imminent threat of floods even by average downpour,” the official said. (KINS)

Asia’s largest fisheries farm in South Kashmir’s Anantnag district emerging as the best producer of rainbow trout in the world.

‘My Town, My Pride’ to be organized on 19th-20th OctoberAims at empowering ULBs, providing proactive governance at door-step