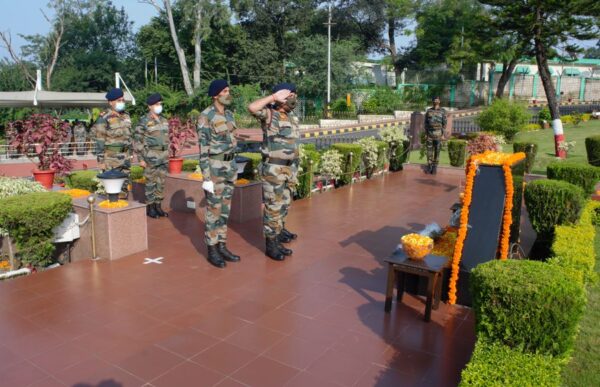 Jammu, Sep 28 (KINS) The Regiment of Artillery on Tuesday celebrated 195th Gunners Day, to mark the anniversary of its raising, at the Army”s Northern command headquarters in Jammu and Kashmir”s Udhampur district, officials said.
The Regiment of Artillery was raised on this day in 1827 with the raising of 5 Bombay Mountain Battery, said Public Relations Officer (PRO), Defence, Northern command.
This day is celebrated by the regiment as the Gunners Day.
On the occasion, Lieutenant General S Harimohan Iyer, Chief of Staff (CoS), Northern command headquarters laid a wreath at “Dhruva war memorial”, Udhampur military station, to pay tribute to the brave soldiers of the Regiment of Artillery who laid down their lives for the nation, he said.
Artillery has been a major battle winning factor in all previous wars and its importance continues in the modern day battlefield, the PRO said.
The Regiment of Artillery has been a part of all the wars that India has fought since its Independence. ( KINS)
previous post