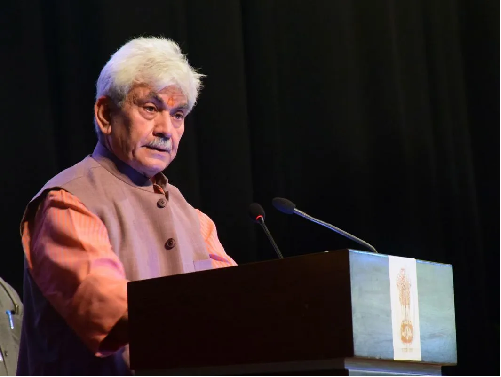 Srinagar Sep 28 (KINS): Lieutenant Governor-led administration has decided not to allow unregistered employees unions to operate in government departments of Jammu and Kashmir.

Jammu and Kashmir has seen mushrooming of trade unions over the years.

However, the administration has decided not to allow unregistered employees unions to operate in government departments of Jammu and Kashmir.

A senior official told news agency Kashmir Indepth News Service (KINS) that leaders of unrecognized unions spend most of their time in union offices which are allotted to them by departments and remain exempted from duties.

“These are more interested in running unions than working in departments for which they are paid off. It has been decided to make employees accountable and won’t allow unregistered unions to operate in departments,” the official said.

Outside J&K, only trade unions are allowed to meet government representatives and protest in favour of their demands if they are recognized by the government.

The official said the message is clear: if they have to stay in government then remain silent. “It is a warning to those employees who use social media platforms for expressing their opinions about government policies or making unregistered unions in their respective departments. These things won’t be allowed by the government,” the official added.

“Once you are in government you have to follow service rules. Government employees can’t criticize the government’s policies. We don’t have the same privileges as others in the non-government sector. Government is not against using social media or making unions but employees have to use it within limits as per service rules,” the official added.

Over the last few months, authorities have been curbing on activities of employees in J&K.

Few months back, a circular issued by J&K’s General Administration Department has asked all the administrative secretaries, divisional commissioners and heads of departments to get security clearance of government employees from the J&K Police’s criminal investigation department (CID).

The heads of government departments have been asked to provide details of social media accounts (Twitter, Facebook, Instagram, etc) of employees whose verification has not been carried out.

“Many individuals with dubious character antecedents and conduct have been paid salaries and other allowances, without obtaining their mandatory CID verification,” the GAD circular says.

Earlier, in February, the government issued an order, asking collectors to submit details of all employees who will complete 22 years of service or attain the age of 48 by December 2021. The order also sought details about the involvement of employees in political activity or in cases of law and order. (KINS)