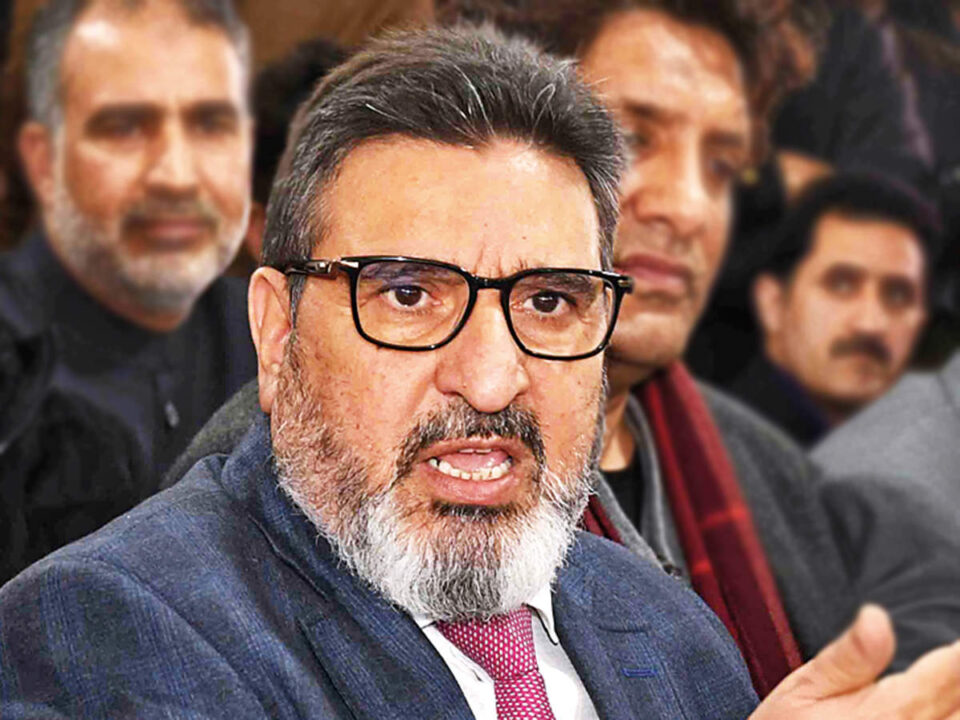 SRINAGAR, September 29 ( KINS: Apni Party President Syed Mohammad Altaf Bukhari has cautioned against any move by the J&K UT government that can prove detrimental to rights of the Jammu and Kashmir Medical Post Graduate aspirants who are up in arms against joining 50 per cent All India Quota seats of all States.

Taking a strong exception to a notification issued by Medical Counseling Committee (MCC) Directorate General of Health Services Ministry of Health and Family Welfare Government of India, in which it has asserted that J&K is likely to participate in All India Quota for admission to PG courses (MD/MS/Diploma/PG DNB) under NEET PG 2021, Bukhari advised the J&K government not to give its confirmation for any such participation.

“Participating in All India Quota would prove highly detrimental to the rights and interests of J&K Medical students and would jeopardize their legitimate rights,” Bukhari said, while expressing astonishment over this official assertion that has surfaced a day after the results of PG (Medical) Entrance (NEET) were announced.

“It is totally ironic that there was no such condition in the BOPEE brochure or MCC notification at the time of submission of applications by the PG aspirants. Now the results have been declared and making an arbitrary announcement on behalf of the J & K government is totally bizarre,” he remarked.

Referring to the implications of any such decision if taken by the J&K government, Bukhari said that 50% reservation in Government Medical College Srinagar and Jammu and 100% in SKIMS will decrease the number of local doctors considerably in these institutions which will drastically increase the unemployment among doctors in J&K.

“After doing their post graduation from J&K institutions these doctors will leave this place for better opportunities which will severely affect doctor patient ratio in J&K and will prove disastrous for our healthcare system,” Bukhari observed.

He said that MBBS students in J&K are one year behind their counterparts in other parts of the country and with this step they will be seriously affected by losing an additional whole lot of years in future. “We should understand that coaching for medical PG exams is mostly given in the form of offline tuitions or online video programmes by various coaching institutes across India. But most of the time our internet remains shut so our students are not able to attend the lectures or give mock tests. In such a situation, how can one expect that J&K PG aspirants with obsolete resources will be able to compete with the rest of the country?” Bukhari asked.

He urged the Lt. Governor led government in J&K to desist from making any such decision or otherwise the same will mar the future of PG aspirants of Jammu and Kashmir. ( KINS)

Mysterious blast in Anantnag, one injured