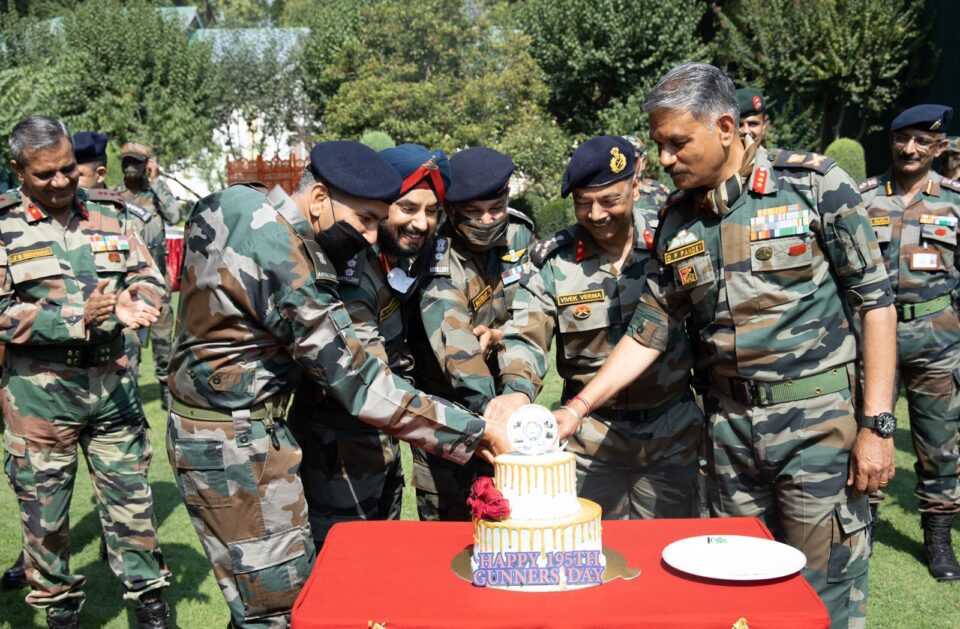 Srinagar, 29 Sep ( KINS) Lt Gen DP Pandey, GOC Chinar Corps congratulated the Gunners on the occasion of 195th Gunners Day on 28 Sept 2021.     Speaking to the Gunners in a small yet solemn ceremony, he appreciated the role of Artillery in operations. He made a mention that the Artillery has been a major battle winning arm and its importance continues in modern day warfare. The Regiment of Artillery celebrates Gunners Day on 28 September every year. The occasion marks the historical event of rising of the Five (Bombay) Mountain Battery on the same day in 1827, which presently forms part of 57 Field Regiment.

Artillery has grown in strength and capability with each passing year. The Regiment is proud of a glorious past replete with rich traditions and gallant achievements. Regiment of Artillery has been part of all the wars that India has fought since independence and the Gunners have proved their mettle by their professional acumen and dedication. It has acquitted itself as a major battle winning factor in every occasion, whenever, the integrity of the nation has been threatened. On this occasion, the Gunners pledge to achieve further higher standards of excellence, continue to contribute towards peace and stability in the region and rededicate themselves to uphold the ethos and spirit enshrined in the motto of Regt of Arty, ‘Sarvatra Izzat-O-Iqbal’ –  ‘Everywhere with honour and glory’.(  KINS)