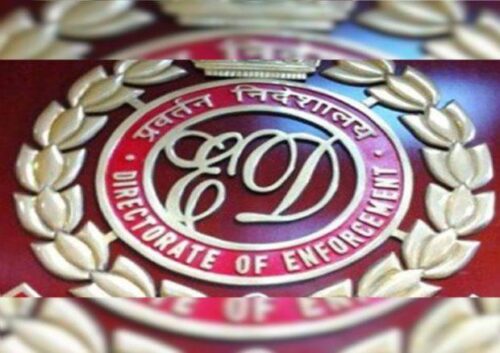 New Delhi, Sep 30 ( KINS): The Enforcement Directorate (ED) has attached assets worth over Rs 145 crore of a Bengaluru-based spices company in a money laundering probe linked to an alleged loan fraud in the J&K Bank.

The agency said in a statement issued on Wednesday that a factory building, shops, flats and lands of the company, S A Rawther Spices Pvt Ltd, and others were provisionally attached under the Prevention of Money Laundering Act (PMLA).

The total value of the attached properties is Rs 145.26 crore, it said.

The ED case stems from an FIR filed by the anti-corruption bureau of the J-K Police against the company and its promoter director Syed Anish Rawther, the then manager of J&K Bank branch located at BU Infantry Road in Bengaluru and other officials of the same bank, in August, 2019.

“In the FIR, it was alleged that S A Rawther Spices Pvt Ltd defaulted loan and was declared NPA (non performing asset) in Sept, 2017.Net amount of Rs 285.81 crore was outstanding with the company besides unapplied interest of Rs 66.91 crore against mortgaged collateral property of Rs 171 crore,” the ED said in a statement.

During the same period, it said, the firm “also borrowed Rs 16.5 crore from HDFC Bank and Rs 25 crore from RBL Bank and mortgaged the same property, which was already mortgaged with J&K Bank Ltd.”

“The then branch manager (of J&K Bank) in connivance with promoter/director of the company caused loss to the state exchequer to the tune of Rs 352.72 crore,” the agency claimed.

The company obtained multiple loans, and used them to export goods mostly to related parties and the export proceeds were never realised in India, it claimed.

“The company also diverted the funds to sister/group concerns by adjustment of their overdue export bills by releasing fresh packing credit, Inland Letters of Credit (ILC) towards dealings with sister concerns by way of accommodation of bills under garb of ILC.”

“It was found that S A Rawther Spices Pvt Ltd has availed packing credit loans from J&K Bank and used the same for servicing instalments towards term loan account of Central Trade Agency Pvt Ltd., which is a sister concern of the former company,” it said. ( KINS)

JKSSB to commence recruitment for 462 positions from Oct 9, check details