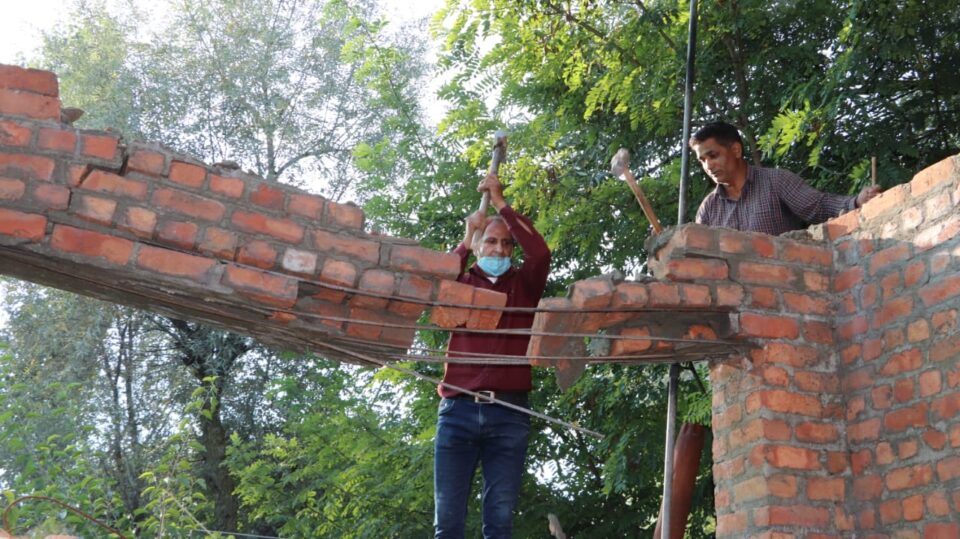 SRINAGAR, SEPT 30  ( KINS) : The Enforcement wing of Lakes and Waterways Development Authority (LAWDA) has carried out a demolition drive in the areas of Lalbazar, Ahmadakadal and Baghwanpora.

During the demolition drive, illegal construction of an extension structure to the existing building at Baghwanpora Ahmadakadal was demolished.

Meanwhile the structure has been three times demolished in previous; however, the owner is adamant and is continuing with the illegal construction as such two FIRs have also been lodged against the violator in the concerned police station.

Meanwhile illegal earth filling at Naidyar Rainawari has also been removed and seized on spot.

Moreover the Tipper/Load carried owners are directed not carry / ferry any construction material in the prohibited area of Dal/ Nigeen Lake without getting permission and in case anybody found shall be dealt as per law. ( KINS)