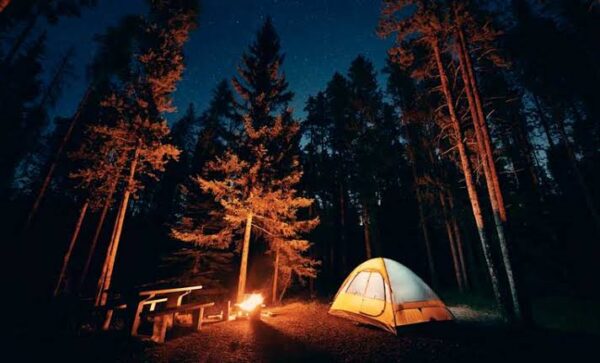 Gurez Sep 30 (KINS): The ceasefire since January 25 this year has brought a ray of hope among border residents for border tourism in Jammu and Kashmir.

On February 25, India and Pakistan announced that they have agreed to strictly observe all agreements on ceasefire along the LoC in Jammu and Kashmir and other sectors. This has raised a hope for border tourism and peaceful life for villagers living along the borders.

“Since announcement of ceasefire by India and Pakistan, a large number of people have visited the Suchetgarh border. Although, Suchetgarh border has been peaceful since 2019, people were reluctant to visit here fearing there might be shelling from the other side. But now it has become a main attraction for tourists these days after the announcement of ceasefire,” Sanjay, a local told news agency Kashmir Indepth News Service (KINS).

For 400 families living in villages like Naibasti, Setowali in Suchetgarh, they believe a ceasefire will lead to border tourism and provide employment opportunities to the youth.

“Most people are working in the Army here. Others make their earning through farming by rice and wheat cultivation. If Suchetgarh is made a tourist spot, it will generate huge employment opportunities for the youth,” Davendar Singh, a 33-year-old youth said.

Suchetgarh, the bordering area and comprises several villages, is 27-kilometres away from Jammu city, the summer capital of Jammu and Kashmir. Pakistan army could be seen very closely and their posts are located just a throw away distance.

The villagers expressed hope the ceasefire is followed in letter and spirit without any violations.

Most of the villagers living in Suchetgarg originally hail from Punjab province of Pakistan. They settled here after the partition between Indian and Pakistan.

Similarly, once a major infiltration route for militants, the picturesque Gurez in Bandipora is turning a major attraction for the tourists these days, which lies around 135 kilometres away from Srinagar.

Locals believe promotion of border tourism will generate employment opportunities for the youth in this area.

Bashir Ahmad, a local said he can’t remember how many nights he has spent, sleepless, listening to the endless shelling on the Indo-Pak border a few years back.

“Once we had to move a few kilometers back and were accommodated in government buildings including schools till the shelling stopped,” he told news agency Kashmir Indepth News Service (KINS).

He however said the ceasefire has brought peace in the area. “We now go farming or rear our cattle near the LoC. There is no threat of shelling now,” he said.

In the past several villages were rehabilitated as people were facing the threat of shelling.

Gurez was once a vital stopover on the Silk Route connecting Kashmir to Kashgar, an oasis city in Xinjiang province of China. It is believed to be one of the most beautiful places in Kashmir. Now the government takes tour operators and hoteliers to Gurez and encourages them to explore the place. These days, a lot of tourists can be seen at Gurez to enjoy its mesmerizing beauty. Although officials don’t have exact figures, they said thousands of tourists and locals visited Gurez this year so far.

Manish Gupta, a tourist from New Delhi along with his three friends stayed in Gurez for three days last week. “We stayed in tents and it was a lifetime experience. We have never seen such beauty anywhere,” he said.

Gurez houses around 40,000 people comprising over 15 villages. They have to keep a huge stock of firewood for the winters, when it remains closed due to snowfall.

The locals have also developed guest houses and small hotels in Gurez. Recently, Jammu and Kashmir administration organized a tourism festival to promote tourism in Gurez.

Prior to the partition of Kashmir, Gurez had been a popular destination for foreign tourists. In 1925, Ted and Kermit Roosevelt, sons of the 26th president of the United States of America, visited Gurez. (KINS)

No untoward incident reported from areas where relaxation was given: Government