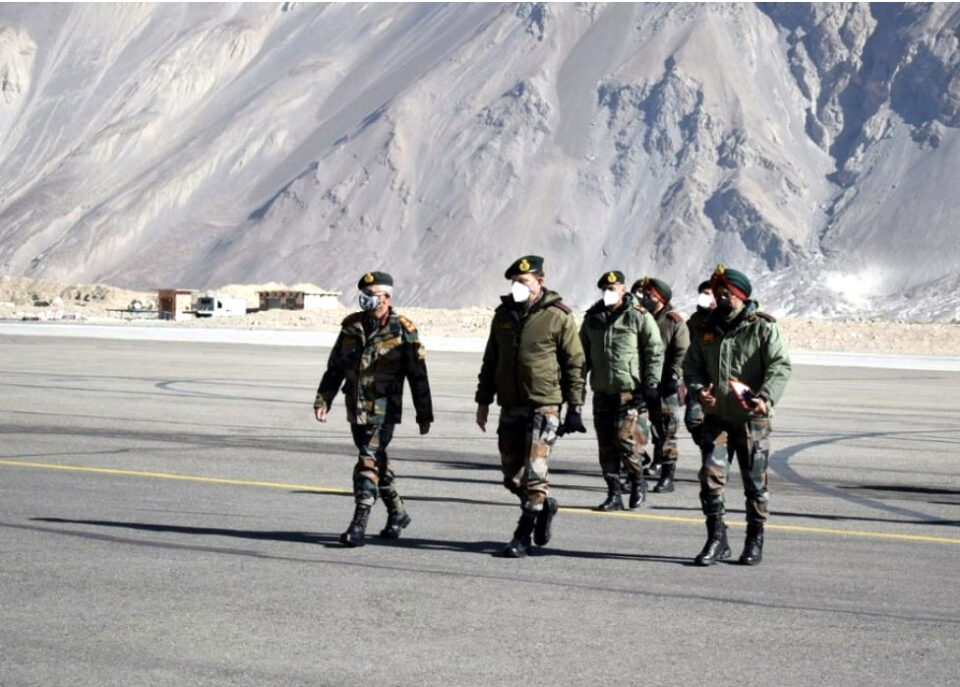 NEW DELHI, Oct 1 ( KINS): Indian Army Chief General MM Naravane is on a two-day visit to Ladakh to review operational preparedness as winter sets in, officials said on Friday. The Army chief’s visit to eastern Ladakh comes amid the continuing border row with China. They two sides have been rotating troops in the forward areas.

According to an official release, Gen Naravane interacted with the troops and complimented them for their steadfastness and high morale, while being deployed in some of the harshest terrain, altitude and weather conditions.

The border standoff between the Indian and Chinese militaries erupted on May 5 following a violent clash in the Pangong lake areas and both sides gradually enhanced their deployment by rushing in tens of thousands of soldiers as well as heavy weaponry even as the two sides continued military and diplomatic talks.

Last year, the Chinese military built several bunkers and other structures in the areas between Finger 4 and 8 and had blocked all Indian patrols beyond Finger 4, triggering strong reaction from the Indian Army.( KINS)

Athar Balpuri accorded warm and affectionate farewell on his retirement

Srinagar administration ropes in corporate houses for assistance to sportspersons, others