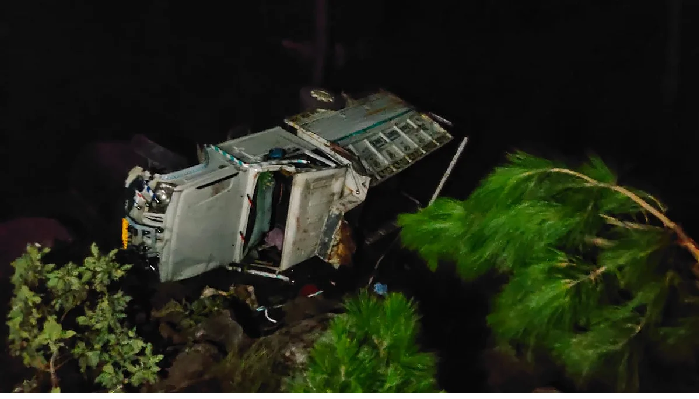 Jammu, Oct 2 ( KINS): Three persons including siblings were killed in a road mishap in Rajouri district of Jammu and Kashmir.

Police here on Saturday said that three persons were killed including two brothers and four others suffered injuries in a road accident late on Friday night near the Line of Control.

The accident took place at around 1130 hours when a vehicle on way from Lam to Thandi Kassi road, skidded off the road and fell into a deep gorge.

Two brothers identified as Awais Mohammad and Aftar Mohammad, sons of Zakir Ahmed and Mohammad Mumtaz, son of Mohammad Sidiq, all residents of Khando Jojote of Thandi Kassi, were killed.

Set up shakhas across J-K to ‘inculcate patriotism’: RSS chief