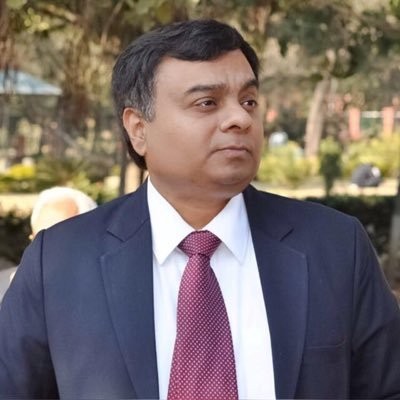 JAMMU, OCT  04 ( KINS)::  Commissioner Secretary Mining and General Administration Department, Manoj Kumar Dwivedi today chaired a meeting to review progress made in respect of e-auctioned Minor Mineral Blocks where the Project Proponents have applied for extension of validity period of Letters of Intent (LoI) issued in their favour.

Dwivedi interacted with the project proponents and consultants and enquired about the bottlenecks being faced by them in expediting their cases for grant of mining leases. He exhorted upon them to expedite the uploading of cases of Minor Mineral Blocks where public hearing has been conducted so that the cases for issuance of environmental clearance in their favour is considered by the JKEIAA in time.

The Project Proponents raised genuine concerns which were deliberated upon during the meeting and necessary instructions were issued on spot to the concerned for taking cognizance of all issues for redressal in a time bound manner.

Dwivedi asked the Joint Directors, Jammu and Kashmir to personally monitor, on day to day basis, the progress achieved with regard to uploading of requisite documents. He also asked them to remove the bottlenecks for expediting the cases for consideration by the JKEIAA for issuance of EC/CTO. He issued strict instructions to all DMOs for ensuring check on any illegal mining in their respective districts.

He said that during the last 4 to 5 months gap in demand and supply has been bridged to great extent and the department shall continue its efforts for grant of remaining Mining Leases, so that public could get minor minerals at reasonable and notified rates. He appreciated the progress achieved till date in operationalizing the mining blocks which has assured availability of adequate aggregates for mega projects under execution in the UT of J&K.

He directed the concerned departments to follow an integrated approach towards resolving the issues related to grant of environmental clearances, CTO and mining leases. ( KINS):

Youth’s body found in Medhar Poonch, pulled out by breaking window panes of his vehicle