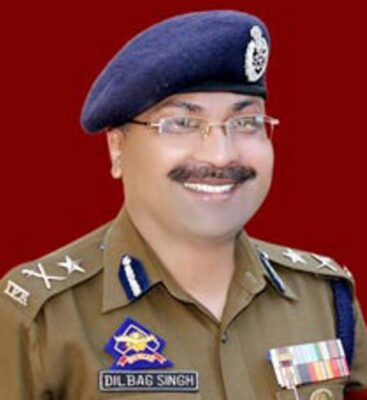 Srinagar, Oct 7 ( KINS): Hours after two teachers were shot dead by militants on Thursday, Jammu and Kashmir Police chief Dilbag Singh said the killing of civilians, particularly minorities, in Kashmir is aimed at creating an atmosphere of fear and damaging age-old communal harmony.

“The incidents of targeting civilians in Kashmir since a few days are barbaric. Innocent people who are working for the society and have nothing to do with anyone are being targeted. This is an attempt to create an atmosphere of fear and to give it a communal colour so as to damage the communal harmony in Kashmir,” the Director General of Police (DGP) told .

While visiting the site of the latest militant attack, Singh told reporters that the people who are targeting humanity, brotherhood and local ethos and values will be unmasked soon.

With the recent killings, the number of civilian deaths in the Kashmir Valley in the last five days has risen to seven, including four from the valley’s minority communities. Six of the total seven were killed in the city.

“We regret the back-to-back attacks in which civilians have been killed. We are working on the previous cases and the Srinagar police has got many clues and we will soon get the people behind such terror and barbaric attacks…. I am sure the police will be able to unmask them soon,” he said.

The militant attack on the teachers of Government Boys School in Sangam took place around 11.15 am on Thursday. Earlier, three civilians including Makhan Lal Bindroo, the owner of Srinagar’s most famous pharmacy, were shot dead by militants within two hours in separate incidents in Srinagar and Bandipora districts of Jammu and Kashmir.( KINS)

Will smoke perpetrators out, hold them accountable: Naqvi as militants target civilians in J&K

Have we lost ground intelligence or enemy has become sharper: Bukhari on civilian killings

Faced pressure but went by scientists on vaccines: PM bid to dispel doubts