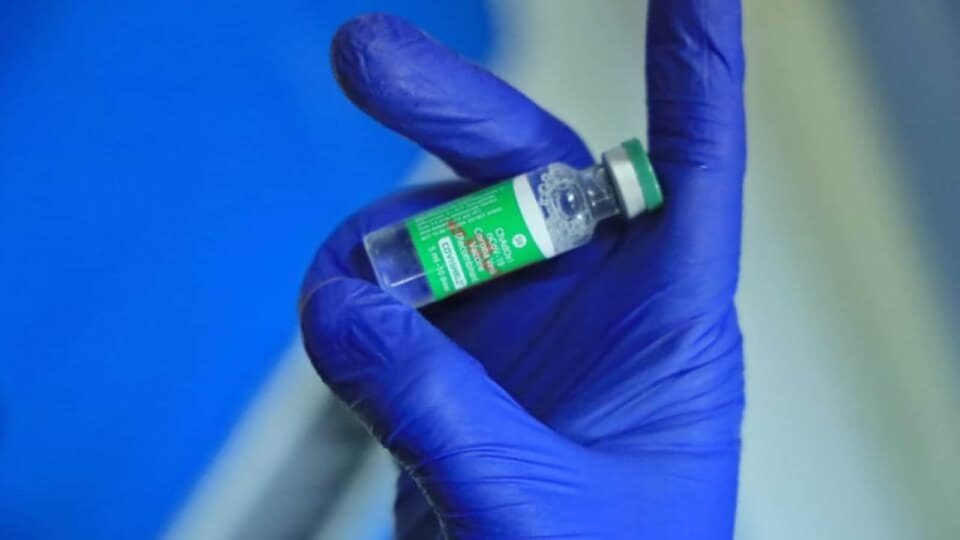 ANANTNAG, OCTOBER 08 ( KINS) The district Anantnag on Thursday achieved the milestone of cent percent Covid vaccination of above 18 year population with 742043 beneficiaries in this category having received the first dose of the vaccine.

With a mammoth figure of 746666 inoculations in 18 plus population, the district became the first district from Kashmir Division to achieve this feat. Besides, 297804 jabs as 2nd doses are administered to the eligible population.

Sufficient vaccine availability and robust supply chain, strong efforts from administration along with the health and other line departments, a well thought out IEC campaign besides the public cooperation have been some of the important factors behind this massive achievement.

Use of social media by the officers and authorities wherein they invoked the scientific literature and latest research regarding importance of vaccination via a vis combating the pandemic has been another hallmark and feature of this success story.

The Deputy Commissioner (DC) Anantnag, Dr. Piyush Singla has been personally monitoring the progress on a real time basis and hourly updates are being shared with him. The daily targets are being chased with full commitment and periodic updates are sent to the concerned quarters.

The vaccinators on ground have been the real force behind this success who have been vaccinating people at designated sites, hilly, remote and difficult to reach areas, fields and orchards, gardens and public parks, slums, brick kilns and construction sites, schools and colleges besides making door to door vaccinations in other areas while taking all precautions into consideration.

Speaking on the achievement, the DC said it is a proud moment for the district and complemented the health care and front line workers in this regard. He informed that massive awareness and IEC campaigns were launched to address the vaccine hesitancy besides inoculations were carried out both at designated sites and remote and far off places by dedicated vaccination teams.

Dr. Singla called for continuing the immunisation programme with full momentum till all the eligible population is covered with the 2nd dose as well.

The DC hailed the general public for their cooperation and appealed to them to participate in vaccination drives with the same energy. He also appreciated the senior officers of Health, Civil and Police administration, Tehsildars, BDOs, BLOs, Officials from Municipalities, Revenue, Education and other departments besides Media, PRI and ULB members and other stakeholders for mobilizing and vaccinating such a huge chunk of population.

Dr. Singla also thanked the LG administration for providing regular and enough stocks of vaccine to the district besides appreciating the constant support and encouragement from Chief Secretary and Additional Chief Secretary Health and Medical Education to keep targets in focus.

As an indication of the hard work on ground, a record highest single day, 29001 vaccinations were carried out on Wednesday in the district.

Important to mention here, the vaccination programme in the district is overseen and monitored by DC himself along with senior officers from administration and health viz ADCs, DPO, SDMs, ACD, ACR, CMO, Dy. CMO, BMOs and others. The strategies, which are in tune with the scientific standards and protocols, are devised at the micro level and all aspects associated with the process are taken into consideration.

Elaborating on the accomplishment, the Dy. CMO, Dr. M. Y. Zagoo said that a total of 1044470 doses have been administered so far . He informed that 40 percent of the above 18 yr population has received the 2nd dose as well while the others will receive the dose in due course of time.

Dr. Zagoo also informed that 215 vaccination sites are active while at the same time mobile vaccination teams are reaching out to every eligible person in the district.

Meanwhile, the public have expressed satisfaction over the efforts of the administration and concerned departments for vaccinating such a large section of the population.

Ministry of Tribal Affairs agrees for various projects in J&K

Me and my officials ‘not going’ for quarantine, says SMC Commissioner