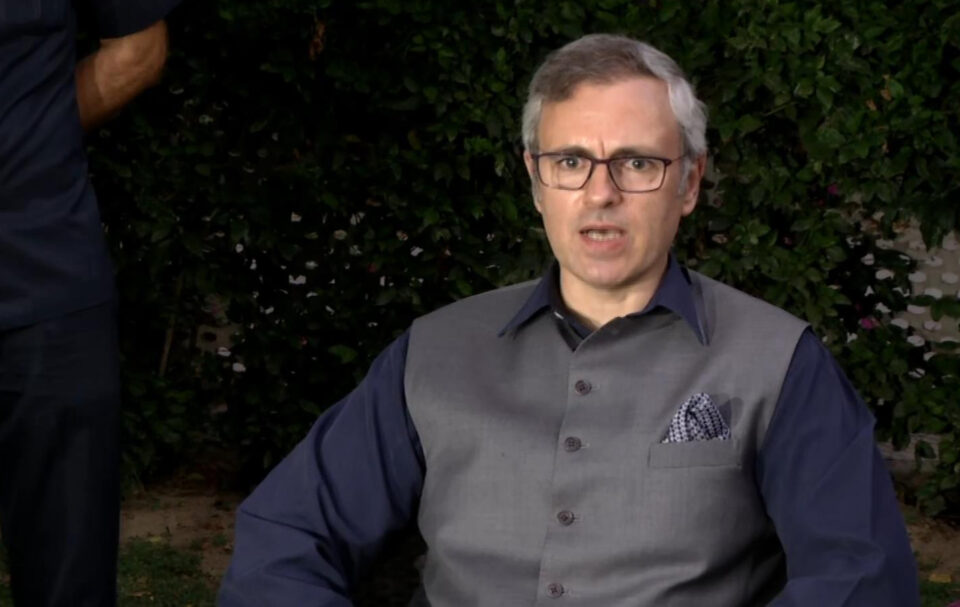 Srinagar, Oct 8 ( KINS): National Conference (NC) vice president Omar Abdullah on Friday lashed out at the perpetrators of recent attacks on civilians in Srinagar and said the attacks are aimed at dividing communities in Jammu and Kashmir.
He also asserted that it is the responsibility of the majority community in Kashmir to give a sense of security to our brothers and appealed to the minority communities not to allow a repeat of the 1990s by leaving their homes and Kashmir.
While speaking to media, Omar Abdullah said, “The attacks are taking place back-to-back and no one feels secure here today. The Muslims here have also been targeted, Kashmiri Pandits and Sikh brethren also. They do not feel safe.”
“This is no time for politics, and I have not come here for politics, but it is the responsibility of the rulers to make people understand where the failure lies,” he added.
The former Jammu and Kashmir Chief Minister claimed that he had been hearing since last month that minority communities would be targeted in the Valley.
“I heard it from very responsible people. When this information could reach me, did it not reach the responsible persons in the administration? Why did they not do anything about it?” he asked.
Abdullah then went on to add that there is an “atmosphere of fear”, everyone is thinking of leaving from here.
“It is our responsibility, especially of the majority community, to try to give a sense of security to our brothers and neighbours so that we will not see a repeat of the 1990s-like situation,” he appealed.
When asked if the attacks were done to disrupt the communal harmony in J&K, Abdullah said terrorists always had such an agenda.
“They have had this agenda from the start. Yesterday also, they separated these two teachers and then killed them. The aim is to disrupt the traditional communal harmony here and worsen the situation.”
“That is why I said it is the responsibility of the majority community. When we look for safety of Muslims and Sikhs in other parts from our Hindu brethren, so, in Kashmir also where Muslims are in majority, it is our responsibility to provide them a sense of security,” he said.( KINS)
previous post

India to be Global Bio-manufacturing Hub by 2025: Dr Jitendra