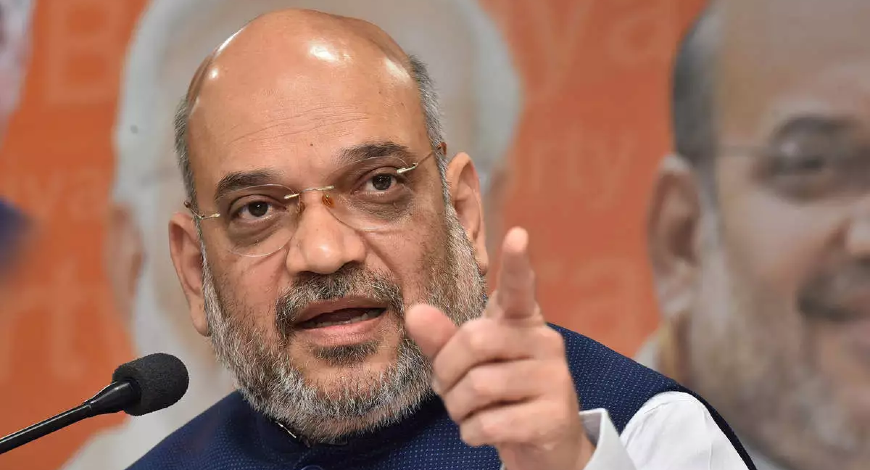 New Delhi October 8 (KINS): In the wake of targeted killings in Kashmir, Union Home Minister Amit Shah and Jammu and Kashmir Lieutenant Governor Manoj Sinha are likely to discuss the issue on Saturday, government sources said.
The meeting is expected to take place in the second half of the day in which the Home Minister along with the J-K LG will discuss security scenario and other issues linked to the spate of crime against innocent people in the Valley where a principal and a teacher of a government school were killed by terrorists on Thursday, the latest in a spate of targeted killings in the Kashmir valley.
The meeting will take place soon after the Home Minister returns to the national capital from Gujarat where he went on one-day trip on Friday linked to some official and party matters. Jammu and Kashmir LG is also expected to arrive in Delhi tomorrow morning.
The meeting has been scheduled two days after the Home Minister chaired a high-level meeting at his North Block office here in the Ministry of Home Affairs, specifically to discuss the targeted killings in Kashmir.
The issue was discussed thoroughly as terrorists stormed into the Government Boys Higher Secondary School in Srinagar’s Eidgah area and shot the principal and the teacher at close range.
The attack comes less than 48 hours after three persons were shot dead in strikes on Tuesday and seven people have been killed in terror attacks in Kashmir in the last five days.
Soon after the killing on Thursday, Jammu and Kashmir LG took Twitter to warn the anti-India activities carried out by terror outfits, saying “the terrorists and their patrons will not succeed in disturbing peace, progress and prosperity of J&K UT. My deepest condolences to the bereaved family, friends and colleagues”.
In the series of Tweets, Sinha strongly condemn the “barbaric killing” of two of teachers, Supinder Kour and Deepak Chand by terrorists, and said “a befitting reply will be given to the perpetrators of the heinous terror attacks on innocent people”.
In the nearly three-hour meeting at his office, the Home Minister also reviewed the targeted killing incidents in Kashmir and the roadmap for further action in presence of National Security Advisor Ajit Doval, Home Secretary Ajay Bhalla, Director Intelligence Bureau Arvind Kumar, Border Security Director General Pankaj Singh, Central Reserve Police Force (CRPF) Chief Kuldiep Singh and other Home Ministry officials. (KINS)