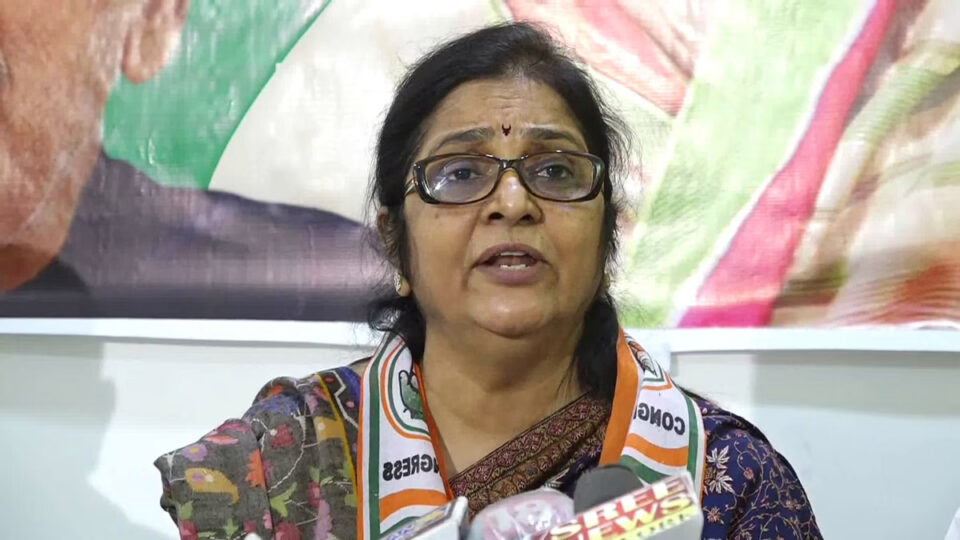 SRINAGAR, Oct 9 ( KINS): Congress leader Rajani Patil on Saturday met families of those killed by terrorists recently in Jammu and Kashmir and lashed out at the Centre for “failing” to protect people.

The Rajya Sabha member termed selective killings in the UT by terrorists as a big failure on the part of the Union government, a Congress spokesman said.

Patil made this assertion during a visit to the family of Mohammad Shafi Dar, who was shot dead by militants three days ago in Bandipora district of Jammu and Kashmir, he said.

He accused the Centre of failing to protect people in J-K, stressing that the security situation in Kashmir has deteriorated.

She said the Centre should take effective measures to ensure safety and security of members of the minority community and others in Kashmir.

The spokesman said Patil and Mir will visit the residence of teacher Deepak Chand, who was also shot dead by ultras, to express solidarity with the bereaved family. ( KINS)

Encounter breaks out in Sopore village of north Kashmir

Shah Faesal says no to Hurriyat