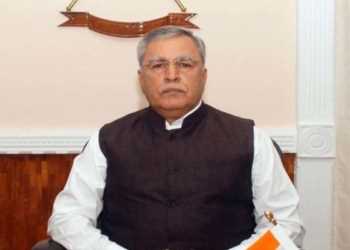 SHOPIAN, Oct 09 (KINS): Jammu and Kashmir Sports Council’s month-long coaching camp in hockey discipline has concluded in Sports Stadium Shopian. The aim of the camp was to bring sports coaching to door steps.

Around 30 players had registered for the camp at Sports Stadium Shopian inaugurated by Nuzhat Gull, Secretary J&K Sports Council. Joginder Singh, Hockey Coach of J&K Sports Council was specially deputed in Shopian district for the camp, who was thrilled to find enthusiasm among the players present in the camp and he felt that camp has brought talent to fore.

Speaking on the occasion, Secretary Sports Council, Nuzhat Gull remarked that the coaching camp in the peripheries of the Union Territory will not only help in unearthing of hidden talent but also become a mean to add to talent to sports pool of J&K.

Also, Principal Secretary Youth Services & Sports had applauded the role of J&K Sports Council in bringing professional coaching to the door step. He said, “this methodology of customizing the coaching programmes in peripheral areas with minimum or no reach to advance coaching will go a long way in fetching remarkable results.

Advisor to Lieutenant Governor,  Farooq Khan, who is also Vice-President of Sports Council, had appreciated the idea of reach out programme in sports and directed that such programmes should become a regular feature in other districts of the Union Territory.

Secretary Hockey Association for district Shopian applauded the role of J&K Sports Council staff associated with the camp in general and Secretary Sports Council in particular for their cooperation in organising the camp. (KINS)

Nothing can compensate loss of precious human lives: Altaf Bukhari