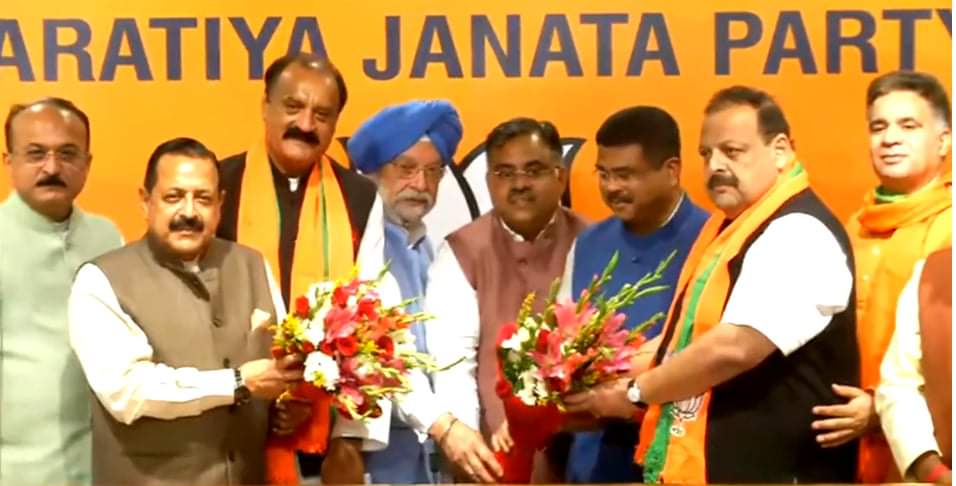 Both the leader resigned from the membership of the National Conference on Sunday.

“Dr Farooq Abdullah has received and accepted the resignations of Salathia and Mr Rana. No further action or comment is deemed necessary,” the party tweeted.

Devender Singh is the younger brother of Minister of State (Independent Charge) for the Ministry of Science and Technology Jitendra Singh.

Jammu & Kashmir National Conference (JKNC) is a regional political party in the union territories of Jammu and Kashmir and Ladakh. (KINS)

Jammu too should have political narrative, says Devendra Singh Rana after joining BJP

Fresh Gunfight Breaks Out At Shopian

Kashmiri girls stuck in Delhi sent back to Kashmir