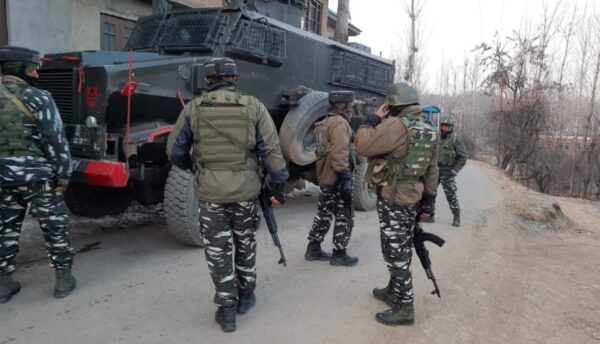 “Encounter has started at Tulran, Imamsahab area of Shopian. Police and Security Forces are on the job,” police said.

The firefight between militants and security forces took place after a joint team of the police and the army cordoned off the area and launched a search operation on the basis of specific information about presence of terrorists.

As the security forces zeroed in on the spot where militants were hiding they came under a heavy volume of fire that triggered the encounter.

Earlier on Monday, five soldiers, including a junior commissioned officer (JCO) were killed in a gunfight with the militants in Poonch district.( KINS)

Six of family found dead at home in Jammu