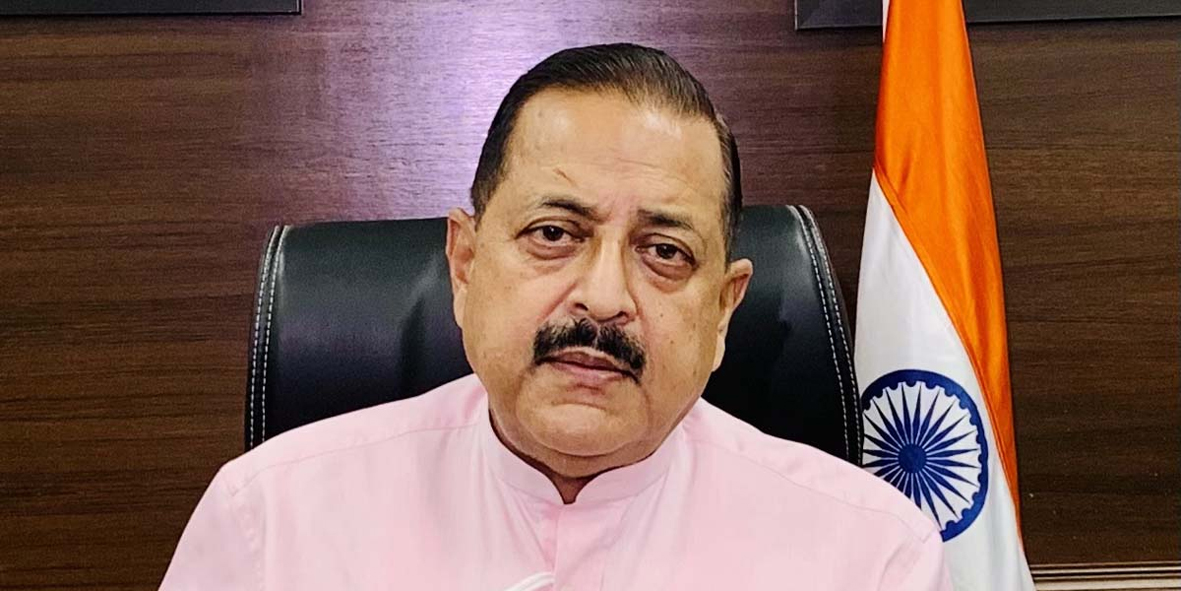 NEW DELHI, Oct 11 (KINS): The Modi Government is making concerted efforts to “democratise” space technology for the benefit of the common man and to liberate its transformative potential, Union minister Jitendra Singh said on Monday.

Singh was speaking at the launch ceremony of the Indian Space Association, a space sector industry body comprising companies such as Bharti Airtel, Larsen and Toubro, Agnikul, Dhruva Space and Kawa Space.

The minister of state (independent charge) of earth sciences and science and technology said the government has been at the forefront of strengthening India’s space capabilities.

“Over the last seven years, ever since Narendra Modi took over as the Prime Minister of India, space technology has entered every Indian household. The prime minister has also ensured that concerted efforts are made by the government to democratise, I repeat democratise space technology for the benefit of the common man,” he said.

To liberate the transformative potential of space technology and make India self-reliant and technologically advanced in the space domain, the government has unleashed a series of reforms, the Union minister said.

“And then at the same time focusing on promoting ease of business for the industry and share, and ensuring that we are indeed on a firm trajectory to develop a niche and disruptive technologies for strategic solidarity, the prime minister has initiated a three pronged initiative to transform India into a strong space economy, which will significantly contribute to the making of India’s 5 trillion economy,” he said.

Singh said on the policy front with the indulgence and support of Modi, the government has pushed for several policy initiatives such as the National Space Policy, as well as segment specific policies related to remote sensing space communication satellite navigation, humans in space, FDI in space, space scientific experiment space transport and technology transfer, etc.

“These policies relating to space communications, remote sensing satellite navigation and space transport have been put in public domain to seek the views of all the stakeholders and the public. I may inform you that we are now in an advanced stage of finalising the same,” he said.

Singh said the prime minister has also been focusing on an industry led body, which equals the consensual voice of the industry.

“And therefore, that action, the formation of an Indian Space Association has been triggered based on this vision,” he added.

Dr K Sivan, ISRO chairman and DOS secretary, said since the announcement of Space Sector Reforms in 2020, the Department of Space has taken forward the vision of the prime minister.

He said there is tremendous vigour and enthusiasm towards enabling the in-space organisations and private industry to contribute to the global space economy in a major way.

“This collective and unified effort of the ISpA should propel the ecosystem to accelerate and grow the space industry in India, including startups, MSMes and academia. We have many challenges ahead but our efforts, including ISRO, in-space and ISpA, should be to take solid action and support large scale development of enterprises, strengthen technology and research and promote commercial space, ensuring sustained development of key components and exhibition activities,” Sivan added. (KINS)

Students take out rally in Pune college against CAA, NRC