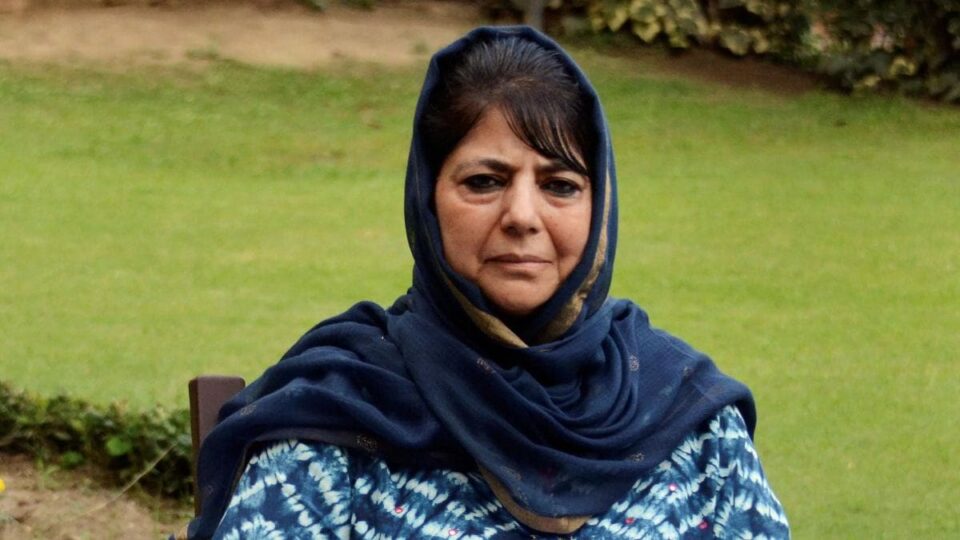 New Delhi , Oct 11 ( KINS)A Delhi-based lawyer has filed a complaint with Delhi Police and asked that an FIR be registered against former Jammu and Kashmir chief minister Mehbooba Mufti over her recent comment on the Aryan Khan case. She had said that Bollywood superstar Shah Rukh Khan’s son was being targeted due to his surname ‘Khan’.

Mehbooba Mufti, president of the Jammu and Kashmir People’s Democratic Party, took to Twitter on Monday to express her opinion. She said, “Instead of making an example out of a Union minister’s son accused of killing four farmers, central agencies are after a 23-year-old simply because his surname happens to be Khan. Travesty of justice that Muslims are targeted to satiate the sadistic wishes of BJP’s core vote bank.”

Following this, the Delhi-based lawyer filed a complaint stating that an FIR should be registered against Mehbooba Mufti under various sections of the Indian Penal Code for “attempting to create enmity between communities”. The complaint alleged that her statement was an “inciting statement which intends to create hatred and unrest among communities”.

In her statement, Mehbooba Mufti also attacked the BJP-led central government for going after Aryan Khan instead of taking action against Union Minister of State Ajay Misra’s son, Ashish, who is accused of mowing down farmers in UP’s Lakhimpur Kheri.

Aryan Khan was arrested by the Narcotics Control Bureau (NCB) after being detained during a drugs bust on board a cruise ship off the coast of Mumbai on Oct 2. While he did not have any drugs in his possession, his bail plea has been denied in court. He is currently lodged in Arthur Road prison till his next bail hearing on Oct 13.

Meanwhile, a local court in Lakhimpur has sent Union minister Ajay Misra’s son Ashish Misra to three-day custody in connection with the Lakhimpur Kheri violence that claimed the lives of eight people, including four farmers. (KINS)