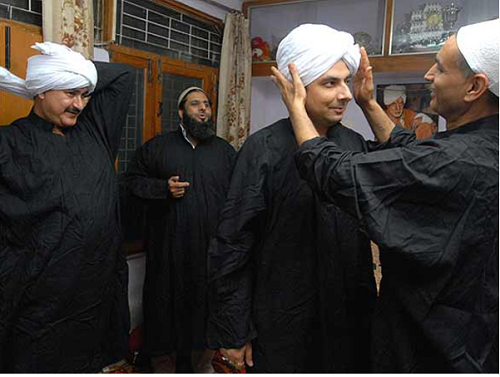 Srinagar Oct 11 (KINS): Had we not good relations with Muslims then we might have left Kashmir say minorities in the valley while asking the majority to regain their trust.

There is a fear in Kashmir following the killing of seven civilians in five days by unknown gunmen.

Since October 5, seven civilians have been killed in Kashmir with six alone in Srinagar. Among them three were Muslims and four non-Muslims. It started on October 2 when two Kashmiri Muslims were killed in Srinagar.

This followed the killing of a prominent medical shop owner and a Kashmiri Pandit Dr Makhan Lal Bindroo in his shop on October 05 at around 7:30 PM. Within an hour a panipuri seller from Bihar Virender Paswan was shot dead by suspected militants in Lalbazaar area of Srinagar. After half an hour, Mohammad Shafi Lone, a taxi driver was killed in North Kashmir’s Bandipora district.

Supinder is from Alochibagh area of Srinagar while Deepak is from Jammu who was living at rented accommodation here.

“We never faced any threats in Kashmir. We have a very good relations with Muslims brethren,” says Ramesh Pal Singh, whose wife Surindar Kour, a college principal and her colleague Depak Chand were shot dead inside the premises of Government Boys Higher Secondary School at Iddgah Sangam in Srinagar’s Safa Kadal area on October 7.

“Had we not had good relations with Muslims then we might have left Kashmir. But after the recent killings, there is a fear. So it is the responsibility of Muslims to regain the trust of minorities. Imams should say in Mosques that no civilian killing will take place in Kashmir and won’t be tolerated. This will increase our confidence and regain the trust on Muslims. There are 808 Pandits who did not leave Kashmir in 1990s because of Muslim brethren,” Tickoo told news agency Kashmir Indepth News Service (KINS).

All Parties Sikh Coordination Committee Chairman Jagmohan Singh Raina said that killings were part of the conspiracy to create a wedge between various communities. “Some people want to divide us and exploit the situation for their ulterior motives,” Raina said.

According to police, 28 civilians have been killed this year so far in Kashmir. Among them 21 were Muslims and 7 non-Muslims.

Meanwhile, Peoples Democratic Party President Mehbooba Mufti, National Conference leader Omar Abdullah and Congress have asked Kashmiri Pandits not to leave the Valley and blamed the administration for deteriorating the situation in the valley.

Meanwhile Lieutenant Governor Manoj Sinha in his recent statement said that perpetrators of recent terror attacks will be punished. He has warned those aiding and abetting terrorists that every drop of innocent civilians’ blood will be avenged. (KINS)