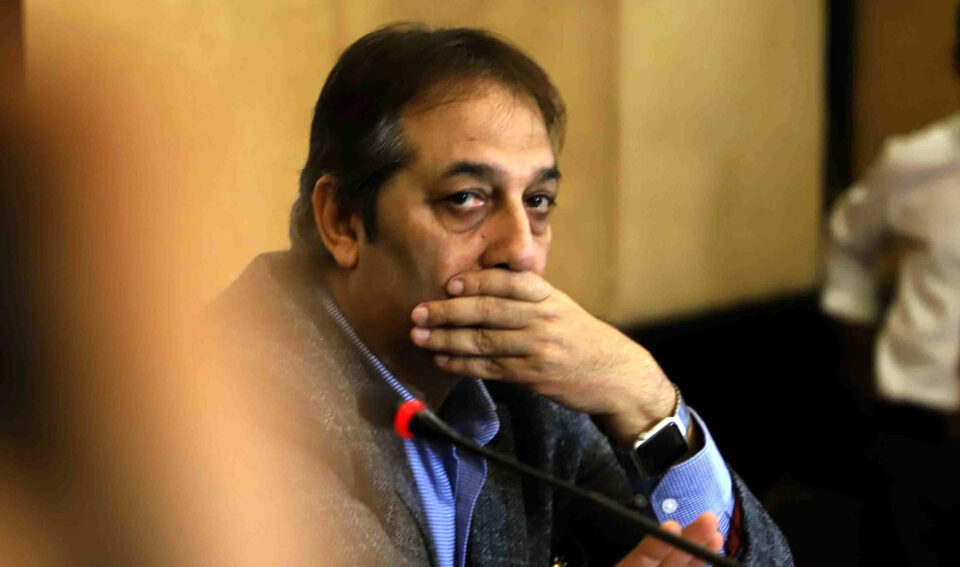 Srinagar, Oct 12 ( KINS): Central Bureau of Investigation (CBI) on Tuesday carried raid at the house of Baseer Ahmad Khan, a week after he was relieved as advisor to Lieutenant Governor Manoj Sinha.

Official sources said that a team of CBI from New Delhi along accompanied by local police carried the raid at the house of Basheer Ahmed Khan, a retired IAS officer, at Bulbul Bagh Baghat here. When this report was filed, the raid was going. Further details are awaited.

The raids are being carried in connection with fake gun license racket, sources said. Baseer Khan, who remained as advisor to Lieutenant Governor Girish Chandra Murmu and his successor Manoj Sinha from March 2020, was relieved after the CBI top brass reportedly informed the Ministry of Home Affairs, GoI, about his name figuring in the gun license racket.

Subsequently, the MHA relieved Baseer Khan from the post of Advisor. Even the order issued by the government to relieve Khan had mention of MHA.

“Pursuant to communication No. 15030/40/2019-J&K dated 4th October, 2021, of the Ministry of Home Affairs, Government of India, Baseer Ahmad Khan (Retired IAS:2000) is hereby relieved from the post of Advisor to the Lieutenant Governor, Union territory of Jammu and Kashmir, with immediate effect,” reads the government order issued on October 12.

Meanwhile The Central Bureau of Investigation (CBI) on Tuesday conducted searches at 14 locations in Jammu and Kashmir, Madhya Pradesh and Delhi in connection with a fake gun license racket. ( KINS)

Closure of Kashmir highway a diktat of Martial Law: Mehbooba

Soldier killed, 3 others injured in IED blast at Kulgam