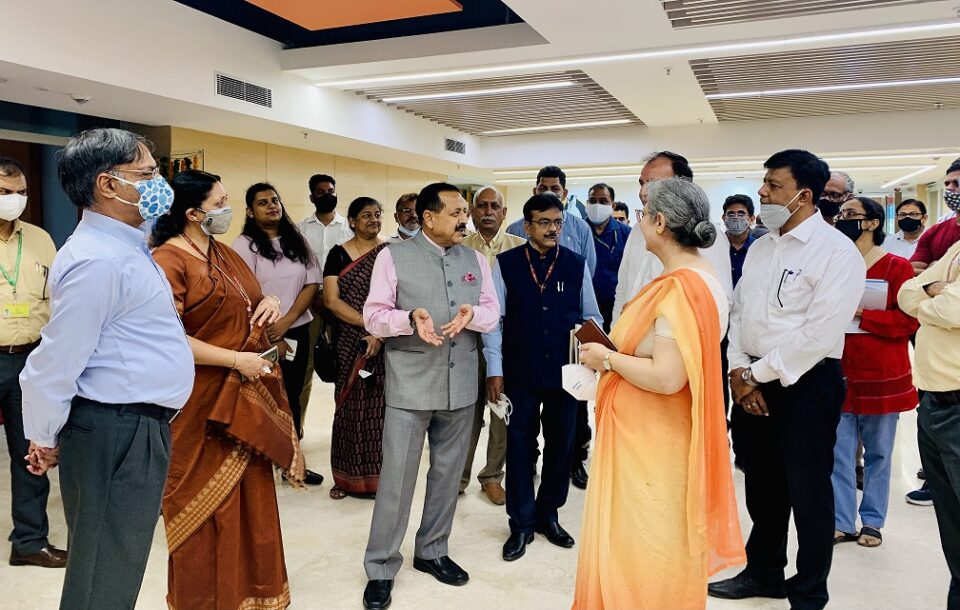 The Minister said, Di-Silosation not only of work but also workplaces is needed for better and cost-effective outcomes.

Referring to Prime Minister Narendra Modi’s vision of Central Vista Project, Dr Jitendra Singh said, even after 74 year of independence, the nation does not have a Central Secretariat and various ministries have hired premises and thousands of crore of rent is paid for the same.He said, this project will not only save money, but will also bring better cohesion in Administration and Output. Similarly, he gave the example of Gatishakti launched by PM Modi yesterday, a beautiful illustration of synergy as the initiative will bring 16 infrastructure-related central departments on the same platform.

Recalling that the buildings occupied by DST were originally constructed as warehouses used for storage of food-grains imported by USAID under PL-480 “Public Law-480”, Dr Jitendra Singh said that the New Building Complex symbolizes the march of India from the state of deficiency to Self-sufficiency under the present regime, as India has not only become Atmanirbhar in food grain production but has also emerged as one of the leading exporting countries.

Dr Jitendra Singh said, we had eminent scientists and towering personalities in the decades of 60s and 70s, but they lacked the world class facilities being created now. He asked the planners and architects to use the open space in the complex to showcase India’s Ethos and its Scientific Prowess. He also asked officials to cater to and reach out to young Start-ups through the state of the art facilities.

The new campus when completed will have a built-up area of 35,576 Square Meter, comprising of two new Office Blocks, a 500 seater Auditorium, Canteen, Reception, CISF Block (office & single living), Post office, Bank and other facilities as authorized under norms of MoUD (Ministry of Urban Development). The buildings are targeted to achieve Green Ratings as per IGBC, USGBC and GRIHA standards. The State-of-the-art Buildings harness solar power for its lighting needs; a Building Management System (BMS), an STP for use of recycled water for horticulture and other purposes, a State-of-the-art Auditorium having capacity of 500; basement parking space for 400 vehicles; LED lighting system to reduce power consumption.(KINS)