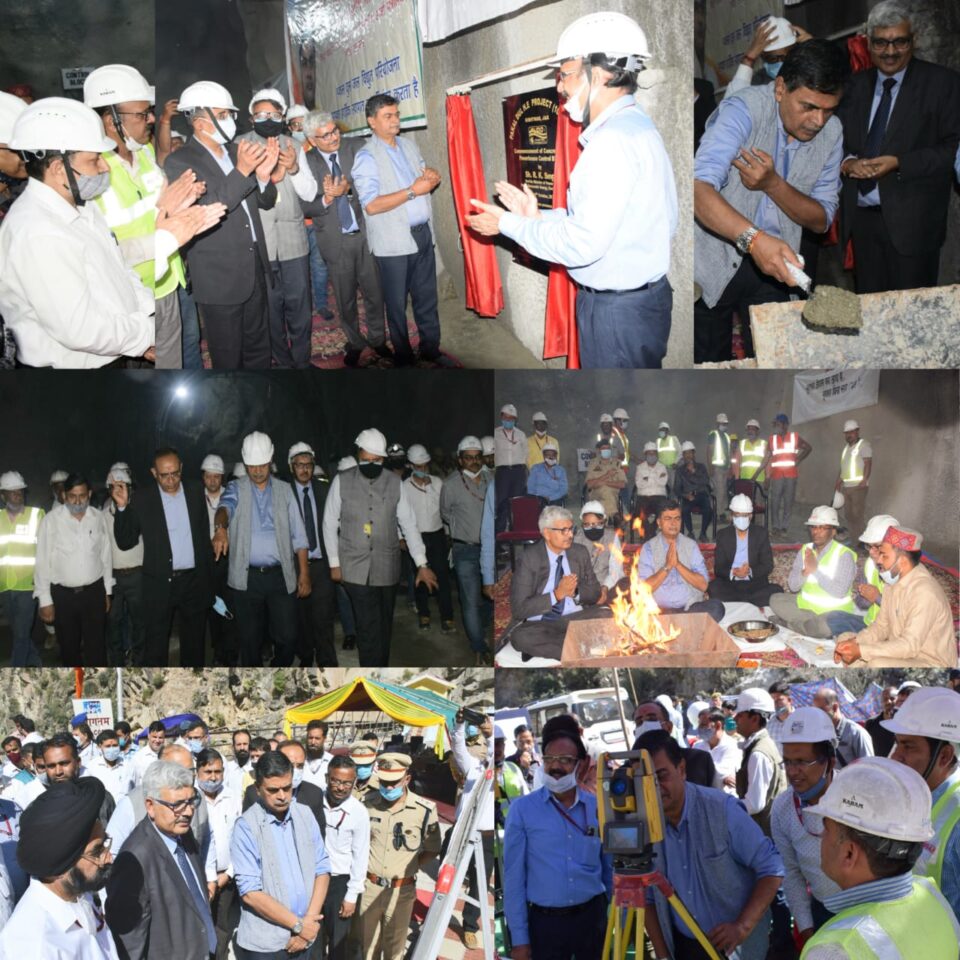 Kishtwar , Oct 14 ( KINS) Cabinet minister of power and new and renewable energy Raj Kumar Singh who was on day long  tour to kishtwar today inspected Dul Hasti Hydro electric power project besides took stock of the construction of other power projects with a total generation capacity of 2554 megawatts in Kishtwar.General Manager (In-Charge), Dulhasti Power Station Nirmal Singh and DC Kishtwar Ashok Sharma  welcomed the minister with bouquet on their arrival at the dam premises.All the dignitaries were  also accorded a grand welcome by other

During his visit at 390 MW Dul-Hasti Dam site at Dool he reviewed the generation capacity of the power project besides assessing related aspects of the venture. He was also briefed about the power scenario in the district.

Speaking on the occasion he said that the government has taken commendable initiatives to harness the hydroelectric power generation in the district and the people will witness a see change in the power sector as the Kishtwar is going to be a hub of HEP that would make Jammu and Kashmir power surplus.

Later he inspected  the power house site of the 1000 MWs Pakal Dul hydroelectric project at Arzi  that is jointly being built by the Chenab Valley Power Ltd; NHPC and J&K Power Development Corporation where he took part in the Puja held besides inaugurated the  concreting of the power house control block there.

Showing satisfaction on the pace of the construction work at 1000 MWs Pakal Dul powerhouse,he stressed to the concerned officers to ensure completion of all ongoing works in a stipulated time besides ensuring strict adherence to all COVID-19 SOPs so that these projects will be commissioned well in time to fulfill the power generation demand.

He also took stock of progress on implementation of the area development plan in the adjoining areas of these projects and directed the District administration  to ensure the timely  implementation of ADP for the benefit of PAFs.

Metro Rail Project in J&K to be approved by next week; LPG Gas Pipeline for J&K to be given a top priority, says Hardeep Singh Puri

Reject leaders, who ignored you: Munish to people