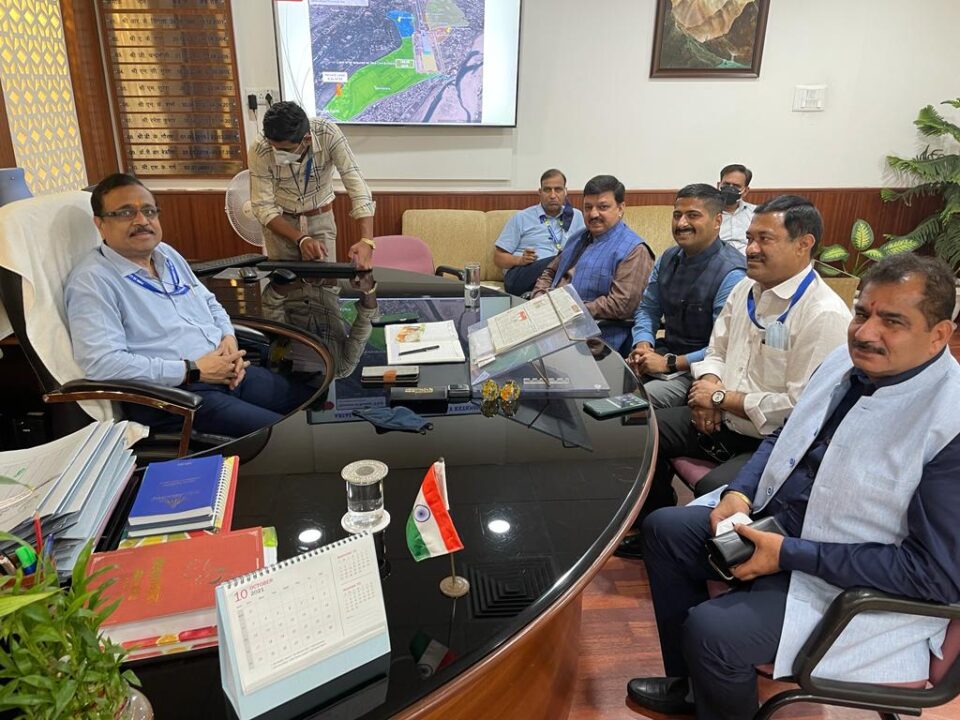 Jammu, Ot 15 ( KINS) Welcoming the scrapping of load penalty in air travel the Jammu, Chamber of Commerce and Industry (CCI), Jammu, has asserted that this significant decision will instantly augment the ailing tourism sector of Jammu.
In this regard, a delegation of CCI Jammu led by its President Arun Gupta along with the office bearers Anil Gupta Sr. Vice President , Gaurav Gupta Secretary General and. Rajesh Gupta Secretary met Airport Director, Jammu, S.K Garg and discussed various issues with him . Arun Gupta appreciated the Airport Authority of India for scrapping the load penalty at Jammu Airport, allowing airlines to fly full capacity.
It is pertinent to mention here that till now, there was a 30 per cent load penalty, which meant that airlines could book only 70 per cent of the seats available on a flight. As a result of the green signal to fly full capacity, the air fares are imminent to come down especially for longer flying hours to some distant destinations.
The Jammu Chamber also appreciated the Lieutenant Governor Manoj Sinha led UT administration for pursuing the matter with the DGCA, Airport Authority of India (AAI) and the Indian Air Force that ultimately led to the issuance of the NOTAM (notice to airmen) thus doing away with the 30 per cent load penalty at the airport.
Arun Gupta also appreciated the decision of J&K Government for transferring 974 Kanals of land to the Airport Authority of India for construction of a new terminal at the Jammu Airport. He said that the establishment of a new terminal will significantly enhance the capacity of the airport in handling traffic, which will further boost tourism, economy and generate employment opportunities.
Meanwhile, CCI team also welcomed the starting of new flights to and fro Jammu-Chandigarh, Jammu-Lucknow, Jammu-Amritsar and Jammu-Dehradun from Jammu Airport.
Gupta said that the aforesaid significant decisions besides proving fruitful for the Business and Industries will undoubtedly give a big boost to the footfall especially that of tourists in Jammu province as a whole and Jammu City in particular. This will also augment the tourism sector in Jammu, he asserted.( KINS)

Governor enquires about well being of injured Police personnel