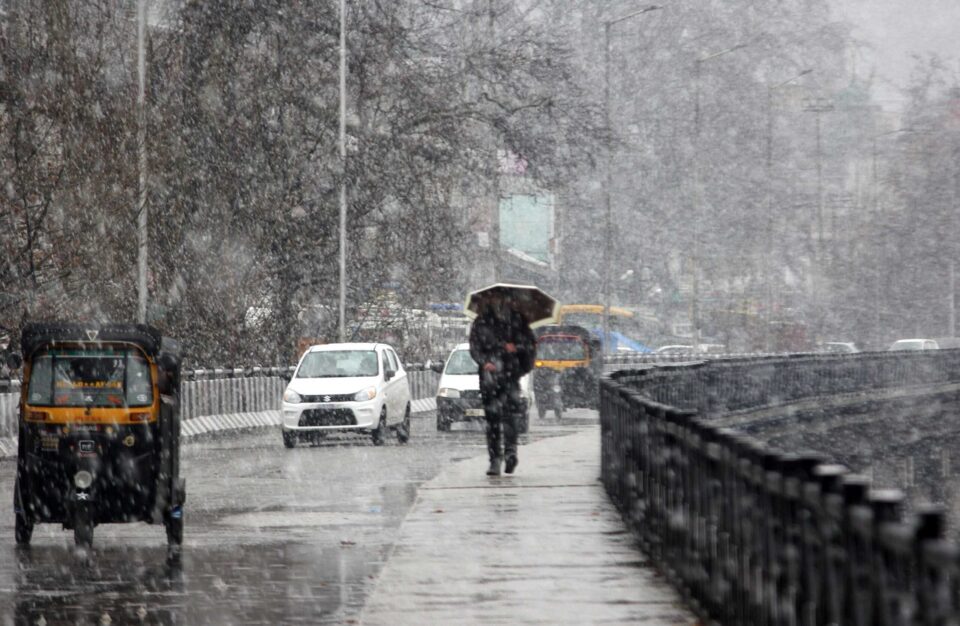 Srinagar, Oct 15 ( KINS) Weatherman on Friday forecast intermittent light to moderate rain at widespread places and light snowfall from night Saturday night till Sunday evening.
Under the influence of the weather, an official of the local meteorological office here said that there could be landslides and shooting stones over vulnerable areas of Srinagar-Jammu and Srinagar-Leh Highways besides other hilly roads as well as possibility of dip in day temperature.
“Under the influence of approaching western Disturbance and lower level easterlies, fresh spell of intermittent light to moderate rain with thunderstorm and lightning is most likely (to occur) over J&K at widespread places from night of 16th October and will likely to continue till 17th evening,” the official said in a statement to GNS. “Moderate rainfall activity (is) most likely over Pirpanjal range of Jammu division (Baderwah- Banihal axis) during period,” the official said.
He said there is possibility of light snow most likely over higher reaches of Gulmarg, Kupwara, Bandipora, Pahlgam and Sonamarg (Zojila pass), higher reaches of Drass and Zanskar and Leh-Manali highway.
Regarding probable Impacts, he said, landslides and shooting stones can occur at vulnerable areas of Srinagar-Jammu, Srinagar-Leh Highway and other hilly roads.
He said there could be dip in day temperature. Farmers have been asked to postpone harvesting of agriculture and horticultural crops.( KINS)

Next 100 days crucial regarding 3rd wave of Covid Pandemic: WHO expert