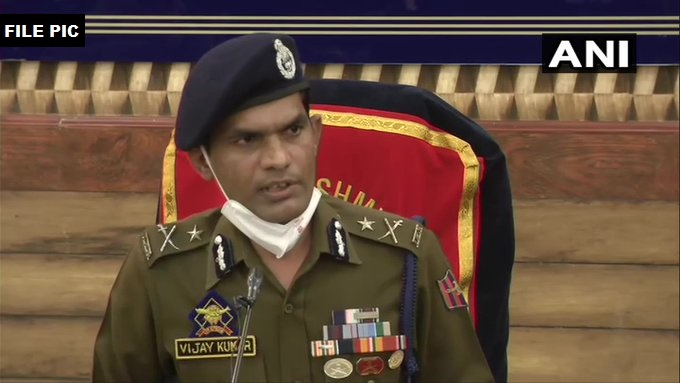 Srinagar October 16( KINS): After a spate of civilian killings shook Jammu and Kashmir in October, thirteen militants have been killed in the union territory in nine encounters over the last nine days, the police said on Saturday.

The police has claimed that four militants responsible for four civilian killings in Jammu and Kashmir in the first week of October have been killed in these nine encounters.

The encounters began on October 8 when a militant was killed in Chanpora area of Srinagar. This was followed by two encounters in Kokernag area of Anantnag and Bandipora in which two militants were killed on October 10 and 11.

In the last 24 hours, security forces have neutralised three out of five militants in Srinagar, Inspector General of Police in Kashmir Vijay Kumar said. A total of four militants were killed in three encounters in Pulwama, Srinagar and Pampore in the last 24 hours.

13 #militants killed in 9 #encounters after civilian killings. We have #neutralised 3 out of 5 militants of Srinagar City within less than 24 hours: IGP Kashmir@JmuKmrPolice

In an encounter that began at around 2 am on Saturday in Drangbal area of Pampore in Jammu and Kashmir, Lashkar-e-Taiba commander Umar Mustaq Khandey was killed along with another terrrorist, as per the police.

Among other crimes, Umar Mustaq Khandey had killed two police personnel – Mohammad Yousuf and Suhail Ah – in Srinagar’s Baghat while they were having tea, the police said.

Two militants involved in the recent civilian killings in Jammu and Kashmir were gunned down in encounters with security forces on Friday, the police said.

In an encounter in Pulwama district, terrorist Shahid Basir Sheikh was killed. He was a resident of Srinagar and was involved in the killing of Mohammad Shafi Dar in Batmaloo area of Srinagar on October 2, as per the police. Mohammad Shafi Dar was a staff member at the Jammu and Kashmir Power Development Department.

Another encounter broke out between militants and security forces in the Bemina area of Srinagar on Friday evening, a police spokesperson said. One terrorist, identified as Tanzeel, was killed by the Srinagar police in the encounter.

The slain militant was associated with The Resistance Front (TRF), an offshoot of militant group Lashkar-e-Taiba, and was involved in the killing of J&K Police sub-inspector Arshid, according to the police.( KINS)

Advisor Khan to meet people at Srinagar on September 10