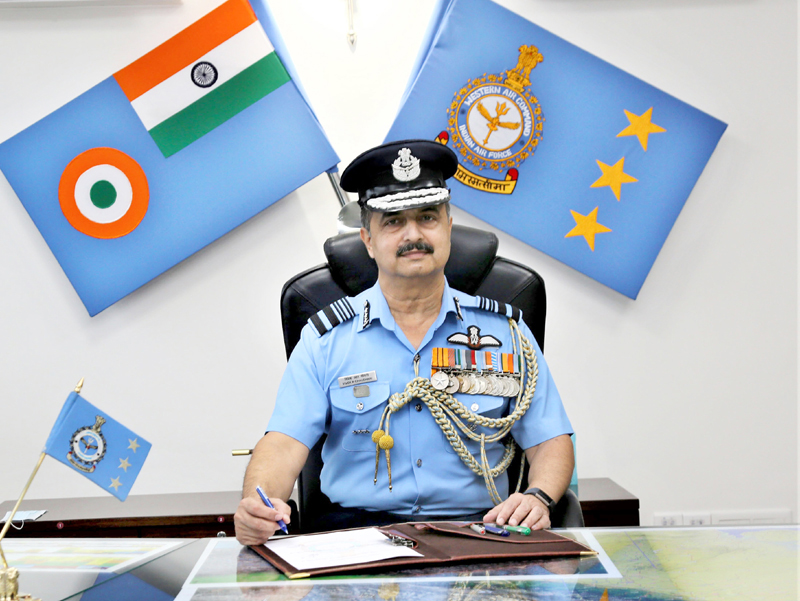 Leh (Ladakh) , Oct 16 ( KINS): Amid tensions over build-up by the Chinese across the Line of Actual Control (LAC) in Eastern Ladakh and reluctance to resolve remaining issues between the two countries, Indian Air Force (IAF) chief Air Chief Marshal VR Chaudhari is visiting forward areas in Ladakh to review the operational preparedness of troops deployed there.
The IAF chief had himself flown sorties in the MiG-29 fighter jets over the Eastern Ladakh sector when he was the Western Air Command chief.
He was the Western Air Command (WAC) chief for a major part of the ongoing standoff with the People’s Liberation Army going on since April-May timeframe last year.
“The Air Force Chief arrived at the Leh airbase on Saturday morning and would be meeting with the Indian Air Force personnel and Special Forces deployed in the forward areas near the Line of Actual Control,” government sources said.
The sources said this is the first visit of the chief outside the national capital to forward areas after taking over as the chief of air staff on October 1.
The Air Force had deployed its assets in a very aggressive manner in the Ladakh theatre after the Chinese army started showing its aggressive intent along the eastern Ladakh sector.
“The situation on the Line of Actual Control is that the Chinese Air Force is still present on three air bases on their side of the LAC. We are fully deployed and prepared on our side,” Chaudhari had stated during his press conference on October 5.
The Indian Air Force has an edge over the Chinese Air Force as the latter have issues launching operations from their high altitude air bases in Ngari Gunsa, Kashgar and Hotan and the others which are coming up in the region while the Indian Air Force can launch from multiple airbases near the Ladakh area and reach locations faster than their fighter aircraft.
In fact, sources said, the majority of the present preparation of the Chinese military across the LAC in the Tibetan Autonomous Region is to tackle the Indian Air Force only.
In view of the Chinese buildup, the Indian Army has also bolstered its preparations along the northern borders as they have now deployed almost an entire reserve tank division, over 50,000 troops and new equipment like the K-9 Vajra howitzers to tackle any misadventure.
The Indian Air Force is also fast deploying assets along the LAC in both eastern and northern regions which are acting as force multipliers for the forces.( KINS)

Both way traffic to ply on Sgr-Jammu highway on Thursday