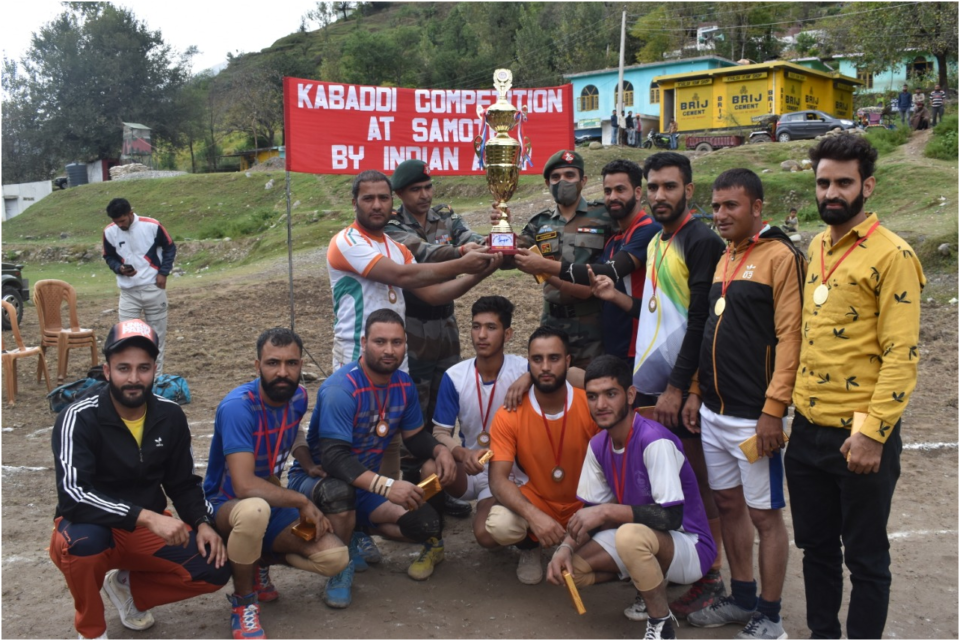 Jammu, Oct 18 ( KINS): Indian Army organised an “Inter Village Kabaddi Competition” for the youth of Rajouri and Reasi districts at Samote from 13 – 17 Oct 2021. This tournament has been conceived as a talent hunt initiative for sporting talent in Rajouri and Reasi districts. Total of 16 teams from two districts participated in the tournament. The teams were selected through intensely contested inter tehsil competition. The Kabaddi competition was conducted on knock out basis. The final match was played between the teams of Pir Panjal and Kandi. The team of Pir Panjal emerged as the winners of the tournament. The grand trophy to Pir Panjal team and individual prizes were awarded to team members by Indian Army. Incentive prizes were instituted to provide tangible acknowledgment of players love for sports. These incentives are to attract, engage and retain talent. The event has generated tremendous interest and enthusiasm amongst the village youth and residents. The tournament developed cohesiveness amongst the youth of the area and has strengthened existing cordial relationship with Indian Army. On the occasion, Indian Army applauded the youth for their efforts and encouraged them to make the best use of such a platform to display their sporting talent. Event concept note was to emphasis on the importance of games and sports for youth overall personality development.( KINS)