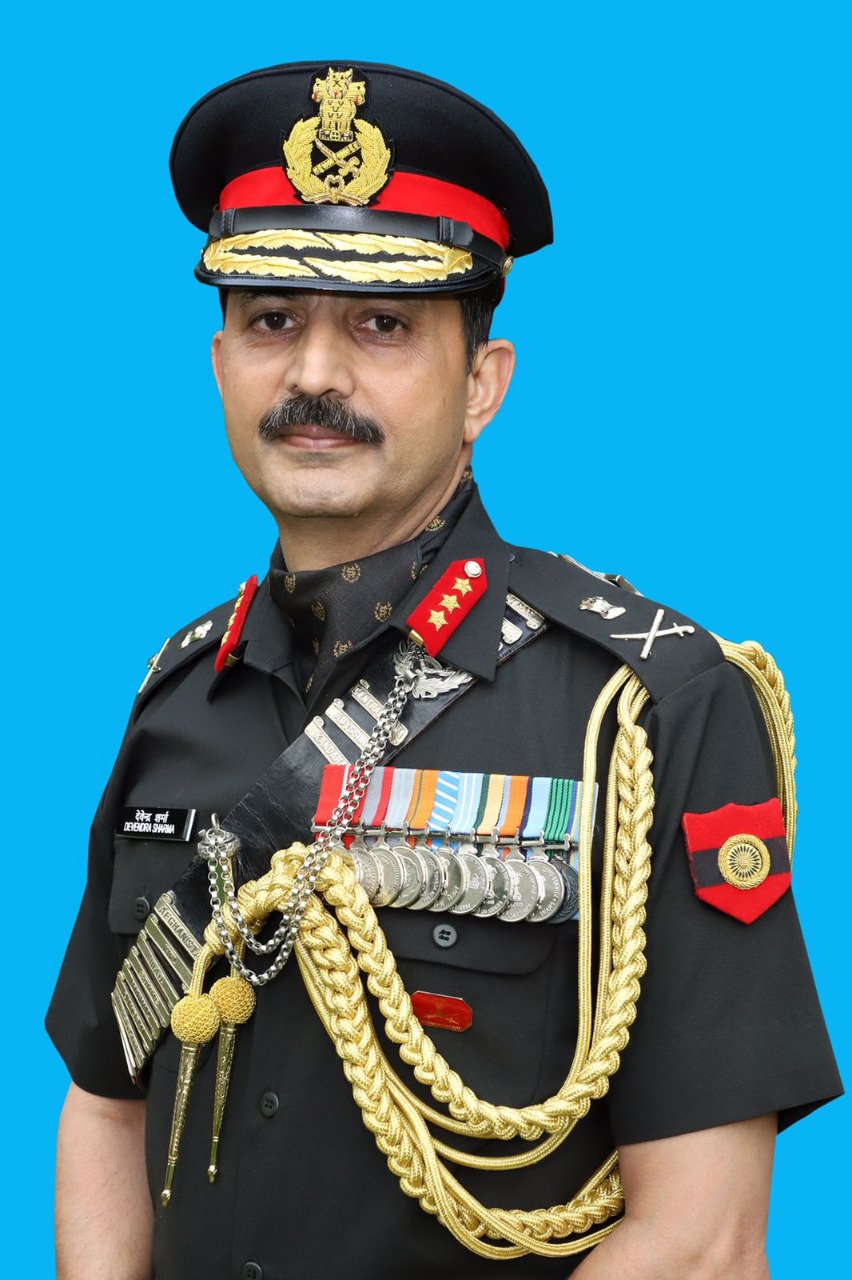 Jammu: Oct 18 ( KINS) : Lt Gen Devendra Sharma, took over as Chief of Staff, Headquarters Western Command on 18 Oct 2021. On taking over the General Officer laid a wreath at ‘Veer Smriti’ and paid homage to the martyrs of Western Command.

Lt Gen Devendra Sharma is an alumnus of National Defence Academy and Indian Military Academy.  In an illustrious career spanning over three decades, the General Officer has held varied and significant appointments where-in he commanded an Armoured Regiment, an Armoured Brigade and an Infantry Division, all in the Western Sector.

The General Officer’s staff tenure as a member of the prestigious Indian Military Training Team at Bhutan and the Chief Military Personnel Officer as part of the United Nation’s Mission in West Africa, have been affirmative global projections.

The General Officer’s meritorious service has been substantiated with the award of Sena Medal for Gallantry and also the United Nations Force Commander’s Commendation.( KINS)

Battle against corona not so easy, it’s going to be a long haul: Dr Pervaiz Koul