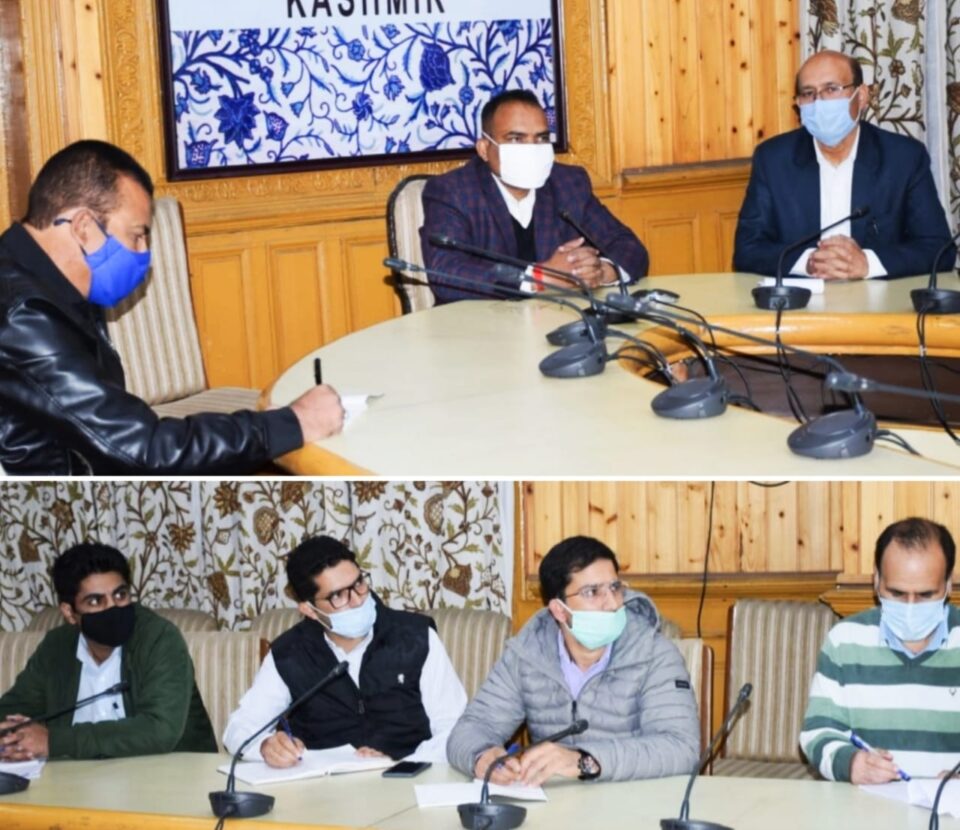 Says rate for everything has to be reasonable, fixed

SRINAGAR, Oct18 ( KINS): The overcharging and exploitation of tourists by Transporters, Hoteliers and Pony wallas shall not be allowed as it affects tourism sector. Besides, there has to be uniform and fixed rates for services at every tourist destination to stop fleecing of tourists.

This was said by Divisional Commissioner Kashmir Pandurang K Pole while chairing a meeting on fixation of rates with concerned officers.

On the occasion, Div Com impressed on the officers that rates for transport vehicles, hotels and ponies need to be fixed permanently and uniformly to check on the overcharging of tourists. He added that reasonable rates shall only be charged from tourists to address the complaints received from tourists regarding overcharging.

In this regard a meeting will be convened soon to fix the rates for vehicles, hotels, ponywalas, snow scooters and alternate vehicles.

Div Com enjoined on the officers that rates for all services should be displayed at tourist places including telephone numbers to be used by tourists for registering complaints.

Meanwhile, Div Com directed Deputy Commissioner Ganderbal to make proper arrangements to address issues of electricity, firewood and communication system at Sonmarg to make it functional during the winters.( KINS)

BJP’s policies have taken J-K back by decades: Mehbooba