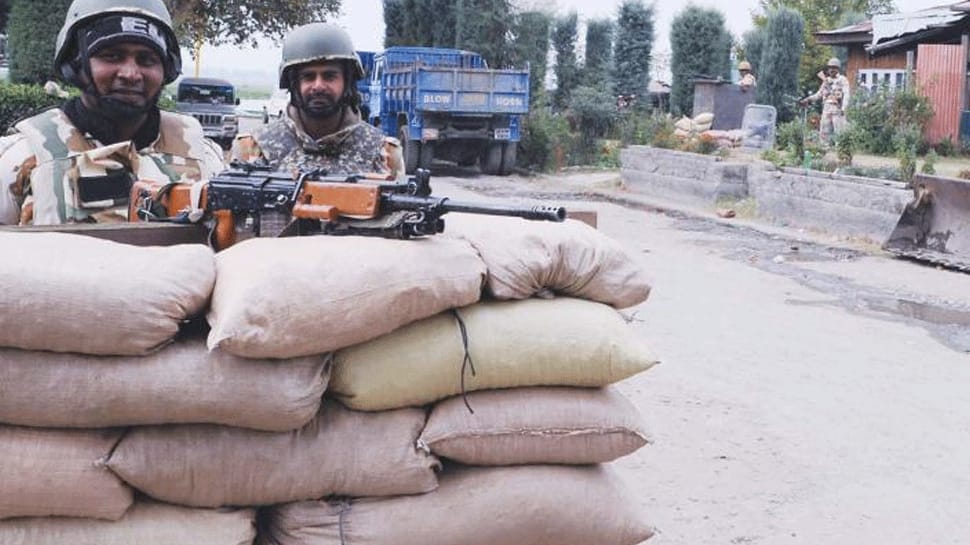 Srinagar Oct 21 (KINS): The increase in attacks has put security forces in Kashmir on tenterhooks.

Security around vital installations in Srinagar has been strengthened and fresh bunkers set up in and around the city.

Officials said on Thursday that the security has been beefed up around army camps, military installations and other Government formations. “Also new bunkers have come up in some areas of Srinagar,” they added.

Sources told news agency KINS that the top Police and Paramilitary officials had chaired several meetings over the past few days during which they reviewed security situation.

Troops guarding the important government installations have been put on high alert and ordered to be on round the clock vigilance, they said.

The Jammu and Kashmir police have also directed police stations and other formations to remain alert, they said.

They have directed policemen to set up more checkpoints on probable high sensitive routes and intensify night patrolling, they said

According to news agency KINS on Thursday, security forces built a bunker along the road in Bemina area of Srinagar.

Police officials here maintained that the new bunker will help in checking entry and exit from the city.

Since October 2, 11 civilians including five non-local labourers have been killed in Kashmir which has created a palpable fear across the valley. There has also been an increase in encounters for the last few weeks.

The militancy seems to be getting a revival as there has been a surge in militant attacks.  Now the security forces have strengthened its presence and are reviving security of buildings that are vulnerable to militant attacks.

“Security has been tightened across Kashmir in view of recent attacks. Union Home Minister Amit Shah is also likely to visit J&K from October 23. Security forces have laid Nakas in parts of Srinagar to ensure there is no attack,” a senior official told news agency Kashmir Indepth News Service (KINS).

Security forces have also identified frisking in various places. Hundreds of bikes have also been seized by the police.

The official said recent attacks in Srinagar have given enough indication about militants’ presence in Srinagar.

Recently, Union Home Minister Amit Shah also chaired a meeting of top security agencies, paramilitary officers, the police chiefs and others on the country’s internal security. The main focus of the meeting was security scenario in Kashmir. Held at the headquarters of the Intelligence Bureau, this was the first physical meeting of the entire security establishment since the outbreak of Covid in the country. (KINS)

COVID-19: SWD issues advisory for Children and Caregivers to cope with disruption in daily routine

Sgr divided into 25 zones, 5000 officers will be on ground in each zone to resolve peoples’ issues: DC Sgr