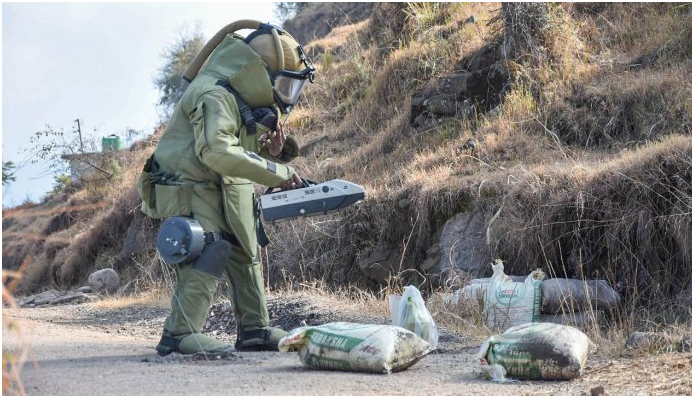 Srinagar, Oct 21 ( KINS)An improvised explosive device (IED) was detected and defused by the security forces on Thursday in Baramulla district of Jammu and Kashmir thereby averting a major tragedy.

Police said troops of 32 Rashtriya Rifles recovered an IED from a passenger shed near Saidpora village in Rafiabad area of Baramulla district on Thursday.

Police said, “An IED planted by militants near Saidpora village was recovered and the bomb disposal squad was deployed to defuse it.

To target convoys of the security forces and the VIP cavalcades, militants have been using remote triggered IEDs in J&K.

BJP’s policies have taken J-K back by decades: Mehbooba

Dal weeds to be converted into biogas, fertilizer

Don’t deny education to children who are unable to pay fees: Govt to private schools