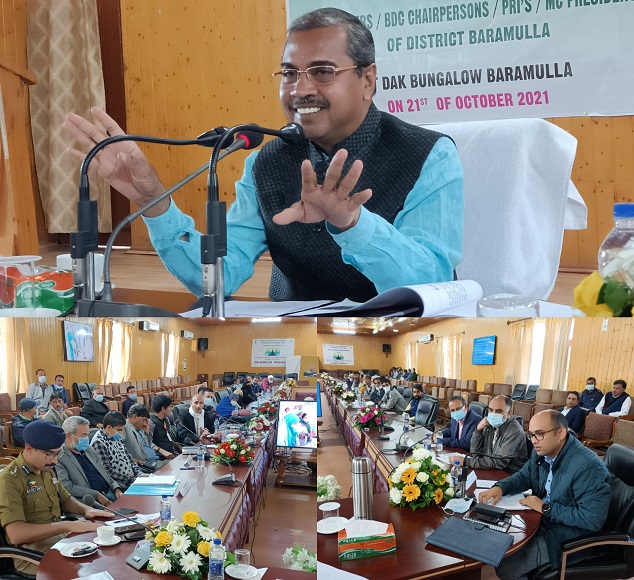 The Minister presided over a Seminar on Regimental Therapies in Modern Perspective which was organised by Health and Medical Education Department, Directorate of Ayush, Jammu and Kashmir. The Minister also inaugurated a Hijama/Cupping Therapy Camp.

On the occasion, the Minister highlighted the importance of AYUSH. He said that these systems are based on definite medical philosophies and represent a way of healthy living with established concepts on prevention of diseases and promotion of health.

Complementing the participants who attended the seminar, the Union Minister highlighted the significance of AYUSH Medicare services and said that good public health through the intervention of innovative and traditional practices is the top most concern of the government. The Minister also said that institutions of AYUSH are being strengthened at grass root level and every possible step shall be taken in this regard.

Earlier, the Minister interacted with the PRI representatives of different blocks of District Baramula at Dak Bungalow. During the interaction programme, DDCs, BDC Chairpersons, Sarpanchs of different blocks apprised the Minister about various basic issues related to water supply and electricity, health, education, improvement of roads, establishment of Sub Health Centres and other demands of public importance.

Replying to the demands and issues raised by DDCs, the Minister directed the concerned officers to take inter-departmental meetings taking PRIs on board and prepare a holistic list of works that need to be taken on priority.

Meanwhile, the Minister also enquired about the status of ongoing works in different blocks of Baramulla district and directed the concerned dignitaries to ensure monitoring of these works by way of carrying regular field visits and urged PRIs to play their active role in monitoring of ongoing works in their Panchayats and sought their cooperation for timely completion of these works.