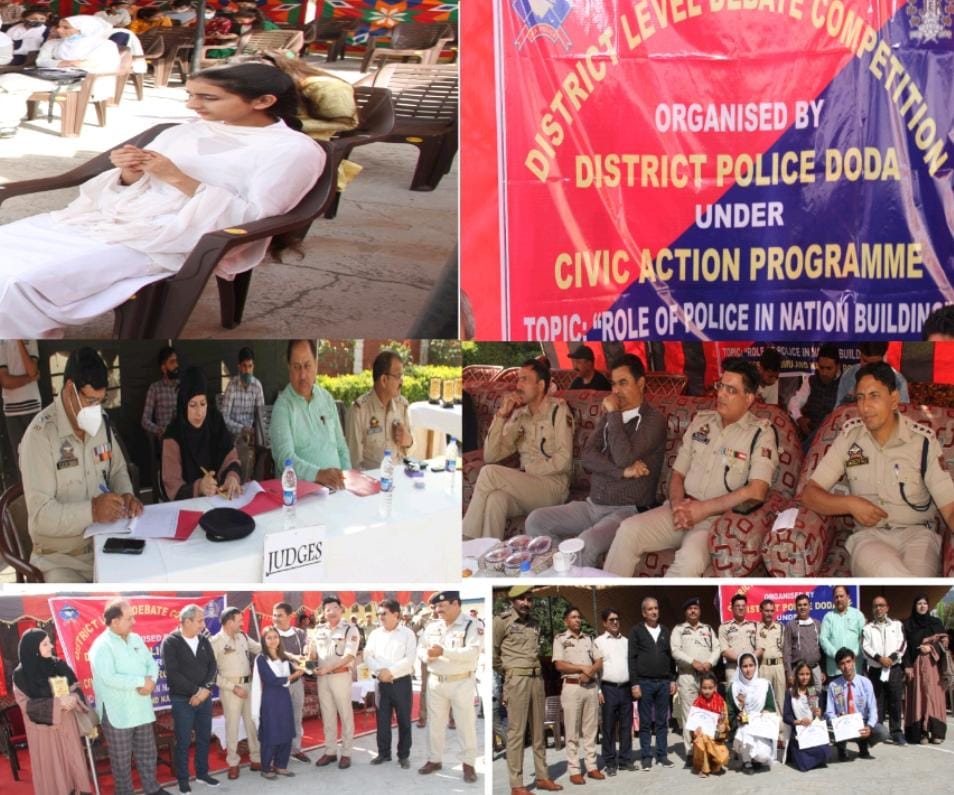 The programme was organized in remembrance of Police martyrs, who laid down their lives for the security and integrity of the nation and to mark observance of Police Flag day. Additional SP Headquarters, Master Popsy supervised the event.

A total 16 students of different Schools of Doda spoke on the topic “Role of Police in Nation Building”. All the participants highlighted sacrifices of Police personnel in maintaining law and order/unity and integrity of the nation.

Apart from the participants, about 80 students of different schools of Doda were also present. At the end of debate, Trophies/cash prizes along with certificates of participation were distributed among the participating students.

Neha Devi, student of class 7 of Police Public School Doda secured 4th position and a special reward of Rs. 500/- along with trophy and certificate of participation.

Speaking on the occasion, the Chief Guest thanked Doda Police for providing students a platform to express their views.( KINS)