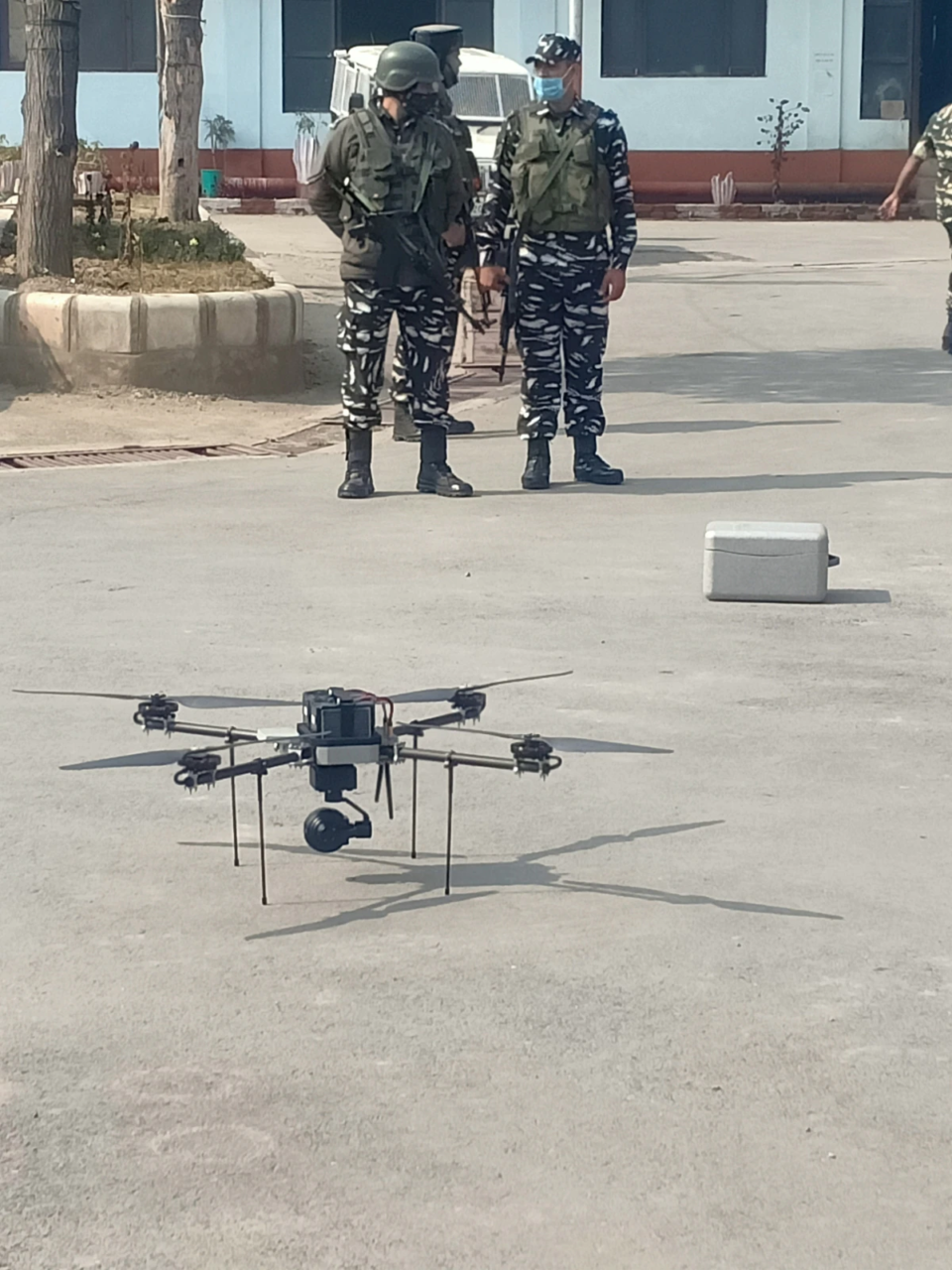 Srinagar October 22, ( KINS) Security has been beefed up in Jammu and Kashmir ahead of Union Home Minister Amit Shah’s visit. Amit Shah is scheduled to arrive in Srinagar on Saturday. This is his first visit since the abrogation of Article 370.

DIG CRPF-South range, Srinagar, John Matthews said the Dal Lake has a perimeter of 15 km which will be secured using seven speed boats. The Jammu and Kashmir Police has deployed several sharpshooters in shikara.

“It is not foolproof. But, we are securing the area to the best of our ability. We are coordinating with Jammu and Kashmir police,” John Matthews said.
CCTV surveillance, sharpshooters and snipers are deployed across the city. Bunkers have been moved strategically at certain locations.

Also, men in civilian clothes will monitor movement across Srinagar to track terrorists and overground workers. At least 10 CRPF companies and 15 BSF teams from Delhi have been deployed in Srinagar.

Sujit Singh, DIG Central Kashmir said, “Ahead of the home minister’s visit, we have divided the whole city into a drone grid. While drones will fly round the clock, CCTV cameras are being monitored. Jammu and Kashmir police have deployed spotters and snipers to neutralize any threat of terrorist and overground workers.”

“We have personnel deployed at nakas and men will be present in civilian clothes. Terrorists will not know that heavily armed cops in civvies are behind them,” Sujit Singh said.

DG CRPF Kuldiep Singh is already in the Kashmir Valley to ensure foolproof security. Also, the Intelligence Bureau director will be in Srinagar on Friday afternoon. All top CAPF DGs, including NSG-CISF, BSF and top army commander and three corps commanders are in Srinagar for a unified command meet.

Meanwhile, in a major crackdown on terror activities, police have identified 26 hard-core terror aides who will be shifted out of the Kashmir Valley. A chartered plane was arranged to take them out with high security arrangements. In days to come, as many as 100 of them will be shifted to jails outside the union territory.( KINS)

NIA raids multiple locations in Jammu and Kashmir with an eye on LeT, JeM and Hizbul

When night falls over the city, jawans on alert to keep Kashmir safe