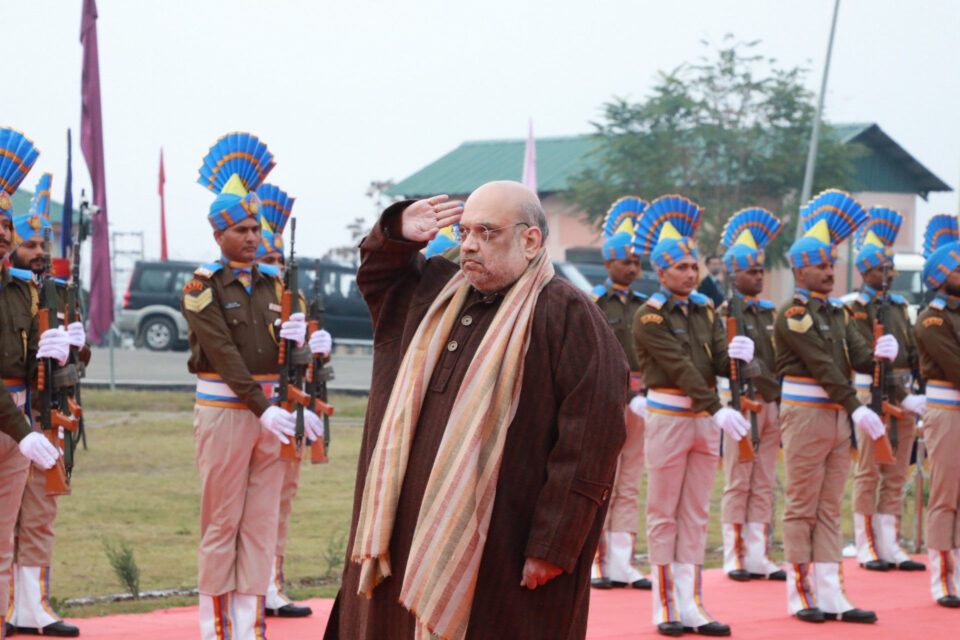 Lieutenant Governor Manoj Sinha also laid a wreath at the memorial, paying tribute to the personnel martyred in the 2019 Pulwama terror attack.

Earlier on Monday, Shah visited the CRPF camp and interacted with the security personnel at Lethpora in the Pulwama district of Jammu and Kashmir.

The attack on the CRPF convoy took place in Jammu and Kashmir’s Pulwama district on February 14, 2019. A 22-year-old suicide bomber Adil Ahmad Dar rammed an explosive-laden vehicle into the bus. The convoy had 78 buses in which around 2,500 personnel were travelling from Jammu to Srinagar.

The memorial having names of all 40 jawans martyred in the attack was inaugurated on February 14, 2020, at CRPF’s Training Centre at Lethpora camp in Pulwama.

The memorial is inscribed with the names of all the 40 troopers along with their photographs and the motto of the CRPF — “Seva and Nishtha” (Service and Loyalty). (KINS)