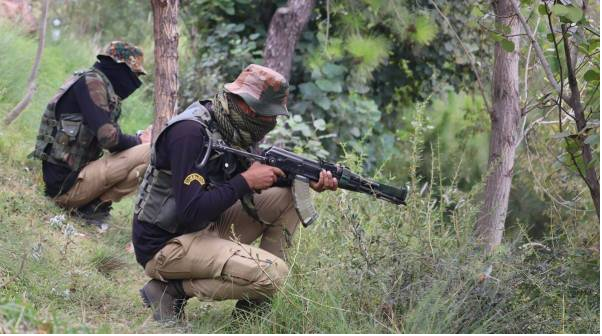 New Delhi, Oct 26 ( KINS) Militants from a sleeper cell are likely to be taking part in an encounter in Poonch, Jammu and Kashmir, which is on its 16th day. Nine soldiers have been killed over the last two weeks in what has turned into one of the longest encounters the country has seen.

Sources indicate that the militants involved are part of a sleeper cell that has been dormant in the Valley for years.  The cell has been activated now, at a time when the number of terror attacks has dropped in the Kashmir Valley.

Over the last several days, the army has pushed in a chunk of resources. Drones and helicopters were pressed into service on Day 13 of the operation. Villagers in the area have been asked to stay home.

Sources in the security forces have indicated that this has been one of the longest and toughest operations. The thick forests have made drone operations difficult and spotting militants from helicopters has not worked out.