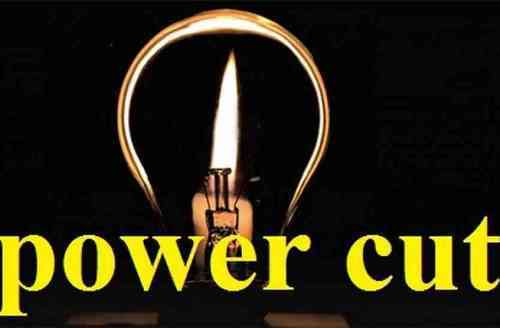 Kashmir has been facing frequent power cuts for the last many days due to increase in power demand.

“There have been frequent power cuts for the last over a week. For the last few days, we have been getting electricity for a few hours only daily,” Bashir Ahmad, a resident of Lal Chowk Anantnag, told news agency Kashmir Indepth News Service (KINS).

Complaints are pouring from across Kashmir about abrupt power cuts. “The electricity remained shut for the whole day on Wednesday. We also witness frequent power cuts during the evening hours,” said Farooq Ahmad, a resident of Srinagar’s Shalimar area.

An official of KPDC said there would be further reduction in power supply from next month.

“But it also depends on the increase in power demand. If people use electricity judiciously then there may be less power cuts,” the official said.

As per rules, metered areas are bound to get 24-hour power supply.

The PDD has 1300 MWs of electricity available. However, during winters, the demand reaches over 2000 MWs.

The Centre has been allotting additional 700 MWs of power to Jammu and Kashmir in view of higher demand in winters.  But there has been no improvement in the Union Territory as PDD has failed to augment the existing infrastructure to receive additional electricity from the central grids.

“Additional allocation of power will end the power crisis only when required infrastructure is in place. How will we handle additional power when there is no infrastructure available? There will be improvement in power supply only when new girds are commissioned,” another KPDC official said. (KINS)