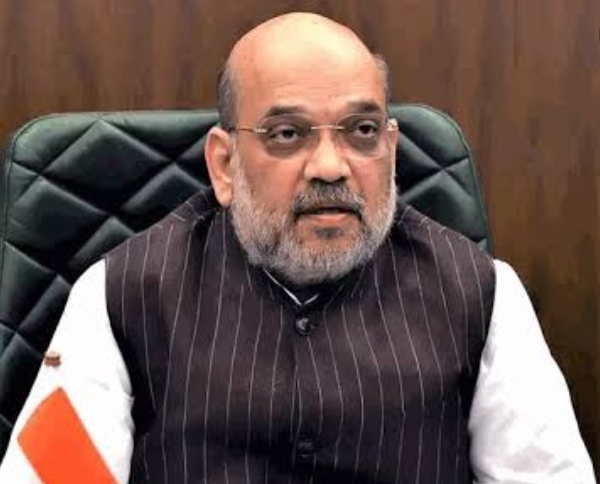 New Delhi, Oct 27 (KINS) Union Home Minister Amit Shah on Wednesday described Prime Minister Narendra Modi as the most successful administrator of the country after independence, saying he has taken India into a different trajectory in the spheres of eradication of poverty, economic development, national security and foreign policy.Addressing a conference on “Delivering Democracy: Reviewing two decades of Narendra Modi as head of government”, Shah said Modi first became chief minister of Gujarat two decades ago without having any administrative experience and proved himself as a successful administrator despite facing a difficult situation at that time.The home minister said in 2014 when the Manmohan Singh government was in power, there was a “policy paralysis everywhere” and every member of the cabinet thought of himself or herself as the prime minister while the “prime minister was not considered as prime minister”.“There was no national security policy.

India”s honour had been lost. There were scams of Rs 12 lakh crore and an impression had been created that Indian democracy will collapse,” he said.But when the Modi government came to power in 2014, Shah said, people started thinking that “”now things would improve, the system would improve””.He said India”s problems are not just of the administration or economic development but its honour has to be protected, the country”s culture should be preserved and its security should be ensured.“And for this one has to have a different kind of approach which only a popular leader can have. That leader has to be rooted to the ground and has to know the pain of the poor. Poorest of the poor must get the benefits of development,” he said.The home minister said economic development, good governance and eradication of poverty are all necessary.  “Poorest of the poor must be developed, the country is made secured, the country is made developed, the people of the country are educated, our cultural glory should be enhanced and the country”s honour must go up. When all these happen, then only someone becomes a successful administrator.  “Even though Narendra Modi considers himself as the “pradhan sewak”, I can say with conviction that he is the most successful administrator the country ever had after independence. Because he covered all these points and took India to a different level,” he said.Referring to a series of decisions taken by the Modi government in the last seven years, Shah said when demonetisation was announced in 2016, they knew that there was a risk as the Uttar Pradesh assembly election was due but people stood behind Modi and supported the decision.

The people realised that it was announced to check black money and Modi had no other intentions, he said.The home minister said the law against Triple Talaq, one rank and one pension and creation of the post of Chief of Defence Staff were all difficult decisions.After the anti-terror surgical and air strikes, a message has gone out to the whole world that no one can play any game with India”s border.“You can see it as a bold decision of Narendra Modi or you can see it as a decision of national security. It is a significant move,” he said.  Shah said there was no proper national security policy prior to the Modi government and it was always under the shadow of foreign policy.“But Narendra Modi has clearly separated the national security policy from the foreign policy. We made it clear that we want friendship but we will not accept any aggression on our sovereignty,” he said.

With the abrogation of Article 370 and 35A, the home minister said, Jammu and Kashmir has been completely integrated with the union of India, not a single riot has taken place anywhere in the country and there has been no murmur after the Supreme Court decision on Ram Janmabhoomi.Narendra Modi has also enhanced the value of India”s passport which is an honour for the country, he said.Shah also gave a detailed description of the development works Modi had carried out in Gujarat as chief minister.“Perhaps Narendra Modi is the only person who became chief minister without having any experience.

At that time, Gujarat was trying to come out of the devastating Bhuj earthquake,” he said.Shah said Modi completely overhauled the power situation in Gujarat, gave emphasis on the education and development of those living in forest and coastal areas.“Modi did such work that Gujarat had seen 10 percent growth in the agriculture sector for 10 years continuously,” he said.( KINS)

I belong to caste of the poor” Modii