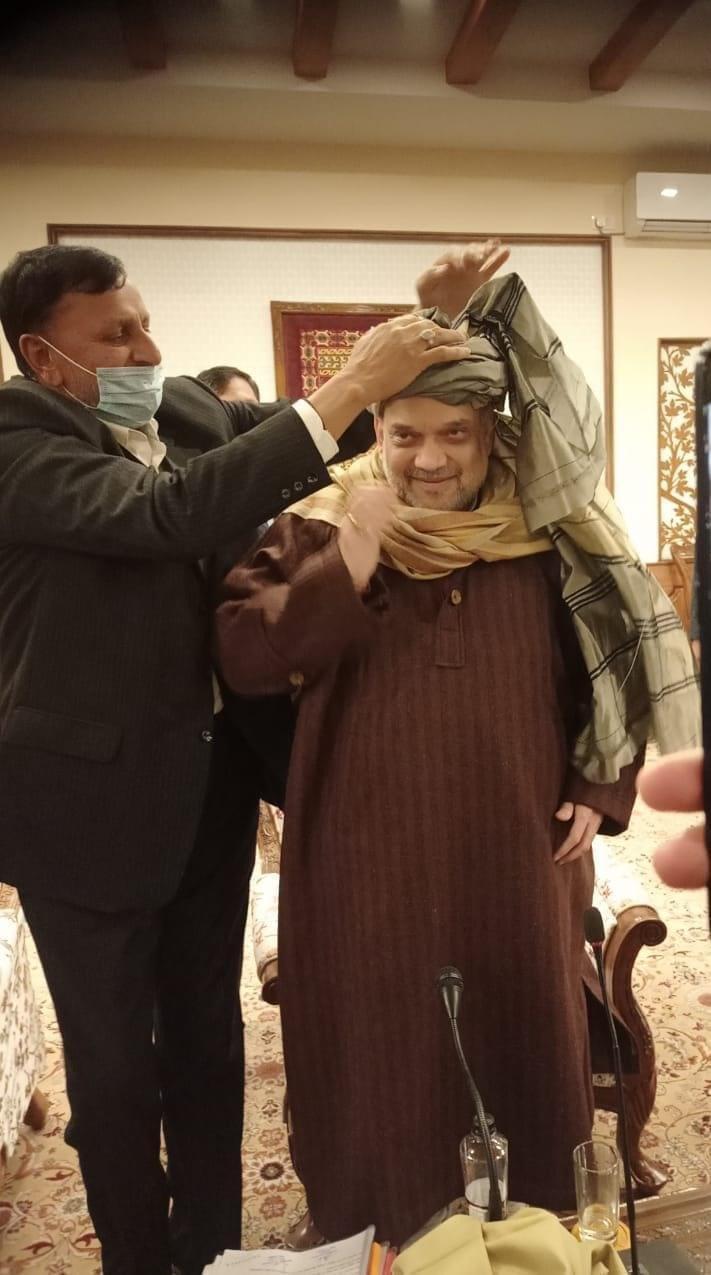 Anantnag Oct 28 ( KINS) The Gujjar Bakerwal  Ethaad Council  functionaries today organized  a programme at Kokarnag  to discuss various countrywide laws extended to Jammu and Kashmir  to benefit Tribal  population  at large. They demanded more laws and schemes to benefit tribes.  The programme was presided over by the President of the Ethaad  Chowdhary Haroon Khatana while the tribal of Kashmir valley participated  in the programme.

In his Presidential address Chowdhary Haroon Khatana stated that during the visit of Home Minister of India ,  Amit Shah to Jammu and Kashmir , the Gujjars  widely hailed the new laws including Forest Rights Act, SC/ST Atrocities Act, Constitution of  Delimitation  and they termed it as a historic steps  to correct the discrimination, injustice meted out to tribal people and forest dwellers of erstwhile state of Jammu and Kashmir.

While informing the tribal, he said that the Gujjar Bakerwal  Ethaad Council   in its meeting with Union Home Minister  expressed heartiest  gratitude to Prime Minister of India  Nredendra Modi  for historic initiatives  including implementation of FRA, grant of  reservation to  schedule tribes in Panchayat and local urban  bodies besides extension of all the Centrally sponsored scheme  to tribal areas which will empower the tribes Socially, economically and educationally .

He hoped that the Central government will accede to our long pending demands we put before the Home Minister regarding  inclusion of Gojri Language in 8th schedule of Indian constitution, reservation in promotion to ST employees, recruitment of youths of tribal community in Central forces etc.

Regarding FRA  Ch Haroon said The Act gave back to traditional forest dwellers their rights to freely access, independently manage and govern forest lands and all other resources related to forests, within village boundaries, which had been controlled by the Forest Department of erstwhile State of J&K , prior to 31st of October 2019, the date of implementation of Reorganisation Act, 2019 in J&K.