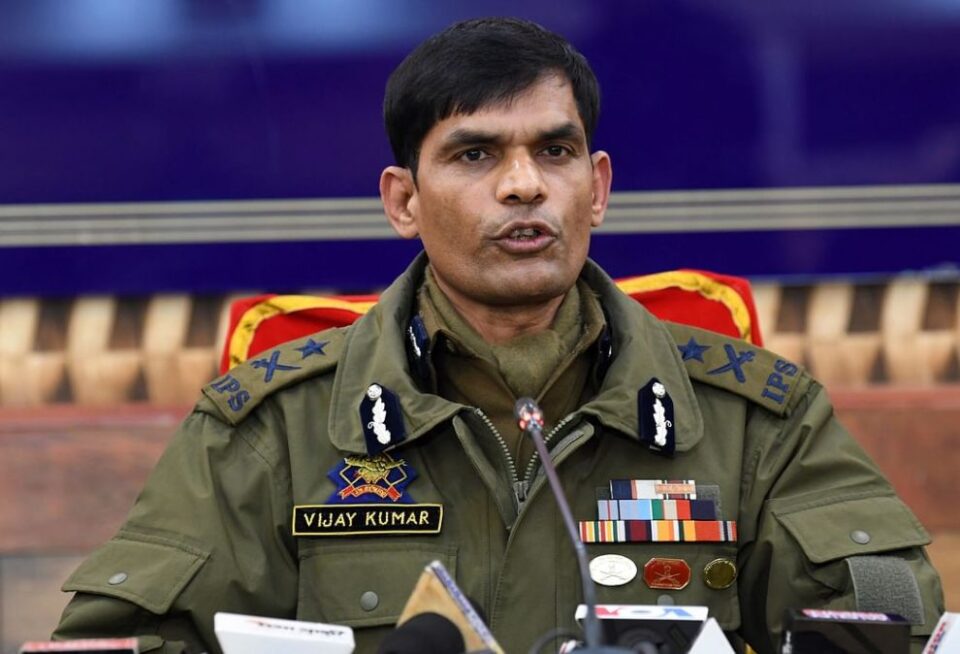 SRINAGAR Oct 28 ( KINS): A local hybrid militant from Kulgam was killed in retaliation after he fired upon the army in cherdari area of North kashmir’s Baramulla district on Thursday morning, officials said.

Officials told that the militants fired indiscriminately on army’s patrol party that was retaliated during which a local militant was killed. Body has been retrieved from the site.

They said that the affiliation of the slain militant has been identified as Javed Ahmad Wani of Kulgam while he was on mission to target one shopkeeper in Baramulla. “Incriminating materials, including arms and ammunition, were seized from the encounter, ” the officials added.

Meanwhile, Jammu and Kashmir police informed in a tweet: “Terrorists fired on ADP of Army and Police in Cherdari, Baramulla. Alert parties retaliated and 1 terrorist killed. Identification is being ascertained. 01 pistol, 01 loaded magazine & 01 Pak grenade was recovered from his possession”

Quoting, IGP Kashmir in an another tweet it informed that “Killed terrorist is hybrid type, identified as Javed Ah Wani of Kulgam district and he has assisted terrorist Gulzar (who was killed on 20th Oct) involved in killing of 2 labourers from Bihar in Wanpoh. He was on mission to target one shopkeeper in Baramulla.( KINS)